Kangana Ranaut has approached the Bombay High Court, seeking 'quashing of the criminal defamation proceedings' that was initiated by the Magistrate. 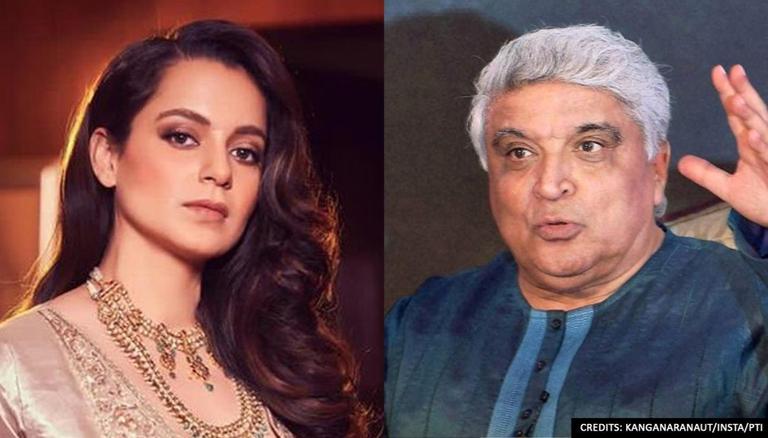 
Bollywood actor Kangana Ranaut has approached the Bombay High Court, seeking 'quashing of the criminal defamation proceedings' that was initiated by the 10th Metropolitan Magistrate's Court at Andheri, Mumbai against her. This comes after lyricist Javed Akhtar filed a complaint against her, under sections 499 and 500 of the Indian Penal Code. The complaint was filed in the year 2020 alleging that Ranaut made defamatory statements on national and international television.

Kangana Ranaut explained that the case is initiated by the Magistrate Court 'without any application of judicial mind'. She said the Magistrate failed to examine witnesses named in the complaint on oath' as per Section 200 (read with Section 202 (2) of CrPC. The Queen actor continued that the Magistrate has instead sought to rely on 'the same witness statements' that were collected by the police under their signatures, which is in violations of the provisions of the Section 162 of CrPC.

The Manikarnika actor clarifies that the witnesses could easily get influenced by the police. Thus, recording of the evidence of material witnesses was crucial to understanding whether any 'direct or actual case is made by the complainant, the poet, Javed Akhtar'. She added that if such practice is allowed, it would set a wrong precedent for other magistrates and affect the rights and liberties of the accused in other cases.

Earlier, the veteran lyricist moved to the Bombay High Court after Ranaut's statement to obtain her passport. Javed Akhtar has said that the actor has "falsely claimed that there are no criminal cases against her". After the Metropolitan Magistrate Court issued a process against her in the month of February 2021, the actor was whacked with a bailable warrant after she did not appear before the court despite being summoned.

In the month of March this year, Ranaut appeared before the court and applied for bail that was granted. Ranaut's lawyer, Rizwan Siddiquee pointed out the issue before the court and filed a plea in the Dindoshi Sessions Court. However, in the month of April, the sessions court dismissed Kangana Ranaut's plea and thus, the actor has now approached the Bombay High Court. Advocate Jay Bharadwaj is representing Javed Akhtar. The matter is likely to be listed next week on July 26, 2021, for hearing before the Bench of Justice SS Shinde and Justice NJ Jamadar.