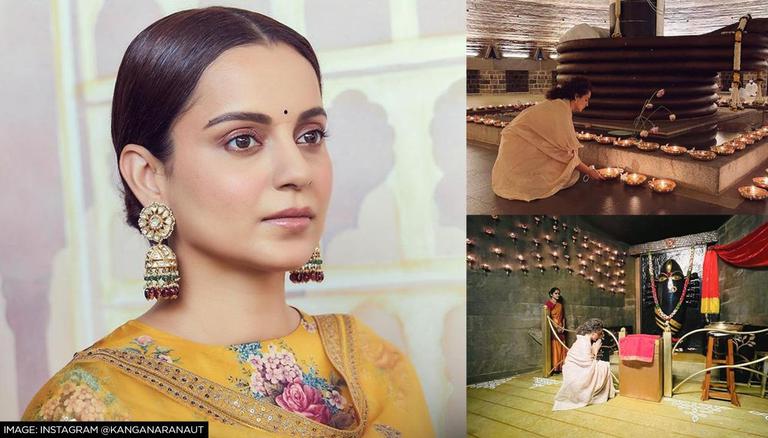 
Actor Kangana Ranaut who is not just known for her bold mannerism has time and again shown her spiritual side as well. Kangana who is an ardent follower of spiritual leader Sadhguru, recently visited Isha Foundation in Tamil Nadu to attend his book launch. Sadhguru, the founder of Isha Foundation, launched his latest book ‘Eternal Echoes - A Book of Poems (1994-2021)’ on September 23.

Kangana who has always reflected her spiritual side while visiting the ashram took to Instagram and shared a series of pictures while basking in the serenity of the place. The actor who feels ‘amazing to be in the ashram every time she pays a visit to Sadhguru' was seen meditating at the temple. In other pictures, she was seen praying in front of the deity while lighting diyas. 'Feels amazing to be in the ashram @isha.foundation Bhairavi darshan and meditation at the temples dazzled me,' she wrote.

Apart from this, Kangana even shared a video on her Instagram stories from the book launch while expressing his excitement. 'Last night at Sadhguru ji’s poetry book launch,' she wrote.  The Manikarnika actor also gave an insight into the poetry book that was a gist of all the amazing poems compiled together. His latest book is an anthology of poems penned by Sadhguru himself.

Readers can expect nearly 600 poems divided into various categories, including intricate illustrations, in a gold-embossed deep blue hardcover. The book covers Sadhguru’s life insights – from “Yoga" and “Nature" to “Mystical" and “People and Places". It offers readers an incredible collection of his poems. 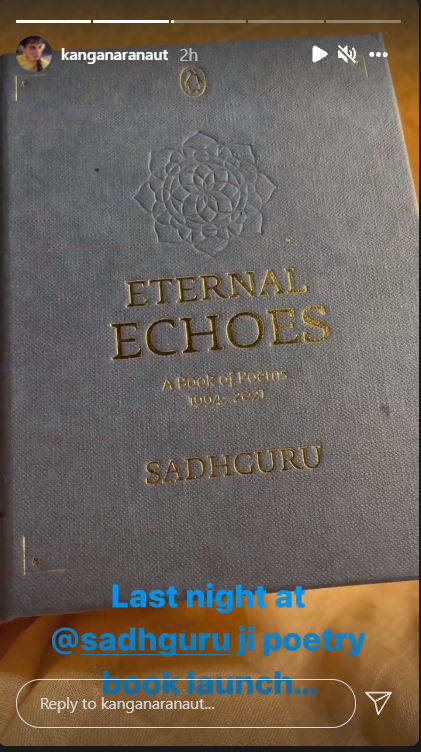 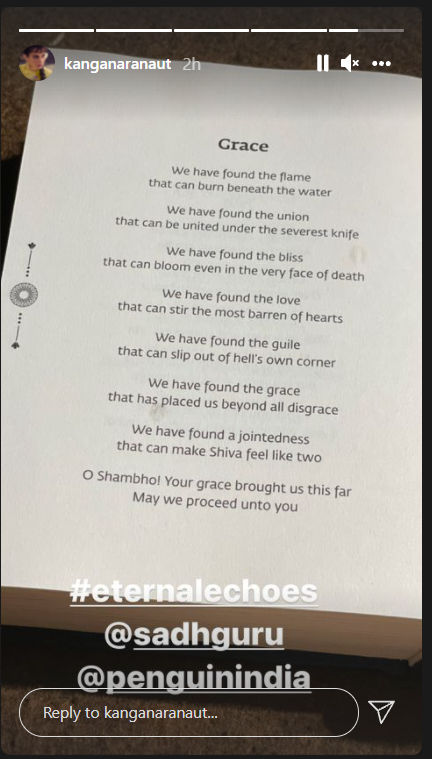 Meanwhile, Kangana Ranaut is basking in the success of her latest release political drama Thalaivii. The actor who played the titular role of late former Tamil Nadu CM J Jayalalithaa has been receiving heaps and bound of appreciation from the fans and critics alike. On the other hand, the actor has also begun with the pre-production work for her upcoming production film Tiku Weds Sheru, which marks her debut as a producer. It will also star Nawazuddin Siddiqui, with Kangana confirming that the shooting will begin in November this year. She is currently shooting for her next film Tejas where she will be seen playing the role of an Indian airforce pilot.