After facing a massive failure at the box office, Kangana Ranaut-starrer Dhaakad is now set for its digital release. Check its release date here. 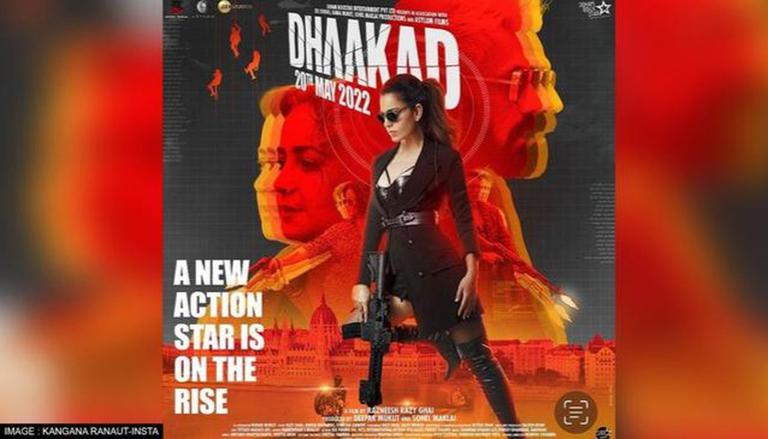 Dhaakad, which hit the theatres on May 20, is now all set to stream exclusively on Zee5. The film will arrive on the streamer from July 1 onwards, nearly 45 days after its theatrical release. The platform updated fans with the news via a social media post. The post read, "Keep the fire extinguishers ready! Agent Agni is coming soon to set your screens on fire! Watch the World Digital Premiere of #Dhaakad on 1st July, 2022 only on ZEE5."

Keep the fire extinguishers ready! Agent Agni is coming soon to set your screens on fire! 🔥

Watch the World Digital Premiere of #Dhaakad on 1st July, 2022 only on #ZEE5. pic.twitter.com/hEkclPUzf2

Earlier this month, reports of Dhaakad's theatrical release were making the rounds. As the movie minted just Rs 2.58 crore after its theatrical run, Bollywood Hungama had reported the movie's selling price for various platforms. According to the report, the makers of the film were expected to face a major loss as they were selling the satellite rights of the film at 'scrap value.'

The report read, "With such theatrical results, the satellite and digital revenue put together for Dhaakad would be less than Rs. 5 crores. All in all, the producers will suffer a loss of minimum Rs. 78 crores on Dhaakad and this would end up being one of the biggest mega-disasters of all time. (sic)"

Kangana Ranaut did not get upset by Dhaakad's box office failure but rather mentioned how she still had a successful year with the reality TV show Lock Upp. The actor took to her Instagram stories to address the film's failure and wrote, "2019 I have Manikarnika 160 crore ka superhit film. 2020 was Covid year, 2021 I have biggest film of my career, Thalaivii, which came on OTT and was huge success."

"I see lots of curated negativity but 2022 is the year of blockbuster Lock Upp and it’s not over yet," she added. The actor also heaped praise on Kartik Aaryan for his performance in Bhool Bhulaiyaa 2. Dhaakad also starred Arjun Rampal and Divya Dutta in pivotal roles.