Kangana Ranaut To Star As Goddess Sita In 'The Incarnation-SITA'

Kangana Ranaut is all set to star as Goddess Sita in 'The Incarnation-SITA' days after netizens expressed a wish to see her enact the role. Read on for details. 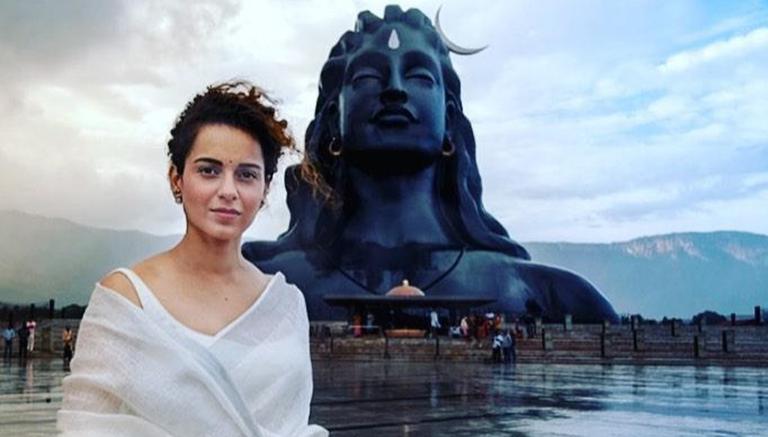 
Kangana Ranaut recently showed her acting chops in the role of late actor-turned-Tamil Nadu Chief Minister J Jayalalithaa, who enjoys an iconic status across Tamil Nadu and many other parts of the country in Thalaivii. She is also working on a biopic on former Prime Minister Indira Gandhi. After politicians, the actor is now set to enact the role of Goddess Sita in the movie The Incarnation- SITA.

The makers of the movie termed the movie a 'magnum opus' and stated that their reason for choosing Kangana for the role was because she symbolised the 'fearless Indian woman'. They added that there were to embark on a 'pious journey' with the depiction of the 'pious character'.

Kangana Ranaut to star in The Incarnation-SITA

The Incarnation- SITA is being backed by SS Studio and producer Saloni Sharma. Taking about the upcoming venture, the producer stated, "As a woman, I couldn't be happier in welcoming Ms KanganaRanaut on board our Vfx magnum opus, ‘The Incarnation Sita’. Kangana symbolizes the spirit & essence of the Indian woman - fearless, daunting & daring.... It's time we stepped in to celebrate equality in every respect".

READ | Kangana Ranaut shares her journey from 'Thalaivi' to 'Dhaakad,' thanks 'genius' minds

The movie is being directed Alaukik Desai. He expressed his delight in working on the movie and stated:

Universe does help those who surrender to it with belief. What was a mirage, is now clarity. A dream of a pious character never explored is now a reality. I am ecstatic to bring Kangana Ranaut on board as SITA. This pious journey will change the course of how we perceive our mythology.Thank you SS Studio for your immense support and belief.

The development came amid movies around the character of Sita being talked about in Bollywood. One of them being Kriti Sanon reportedly enacting the role in Prabhas-Saif Ali Khan-starrer Adipurush. The other being a reported film around Goddess Sita for which Kareena Kapoor Khan had allegedly demanded a Rs. 12 crore fee, something that had sparked a controversy.

At that time, many netizens had expressed a wish to see Kangana enact the role of Goddess Sita. Recently, veteran screenwriter KV Vijayendra Prasad of Baahubali and Thalaivii fame had also reportedly stated that Kangana was the best fit for it.