Kareena Kapoor & Jeh's lovely moment from Maldives in a 6-month-completion note of the little one won hearts galore including from Manish Malhotra. 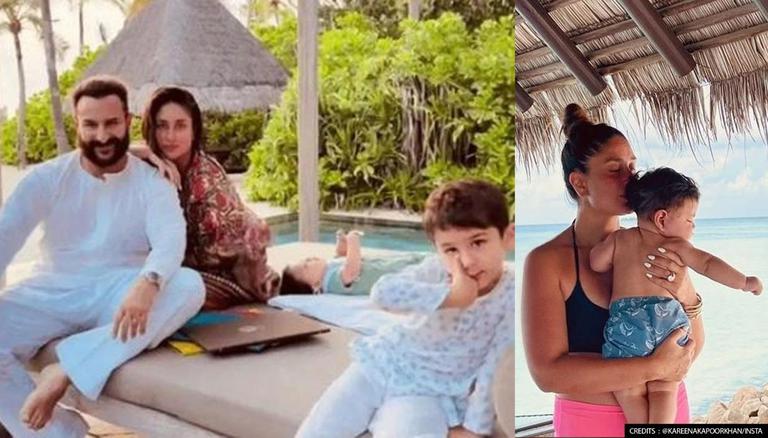 
The recent birthday of Saif Ali Khan was not the only a celebration for Kareena Kapoor Khan and her family in the Maldives. The couple is also marking younger son Jeh completing six months of his birth. They dropped an adorable snap to shower love on the little one on the milestone.

Jeh was seen resting cutely in his mother's arms as the rocks and the stunning blue sea behind them made for a picture-perfect moment. Dressed in a bikini, Kareena sent 'love, happiness and courage' to her baby, as she planted a kiss on him. She concluded her message with the words, 'Happy 6 months my life'.

Jeh was born in Mumbai on February 21.

The post received over 2 lakh likes within an hour and among those who were bowled over the photograph were Manish Malhotra, Sophie Choudry and Neha Dhupia. They posted love-struck and heart emojis to convey their thoughts. 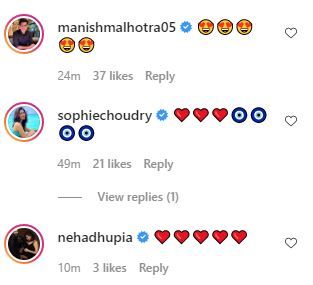 Saif and Kareena have consciously tried not to share their child's full face on social media. In a recent interview with a media publication, she had stated that they did not wish to encourage the hype and paparazzi spotlight that her elder son Taimur had gone through after his birth in December 2016. She had stated that they were kids and decided to 'chill out' this time, and protect them from the media 'chatter'.

That was the reason another pic of Jeh, when Kareena wished Saif on his birthday, had seen him resting on the bed while facing the opposite direction of the camera.

However, the media still managed to click him during one of his recent appearances. Netizens had then gone gaga over the resemblance between the brothers.

Kareena, meanwhile, dropped some attractive selfies through her Instagram stories. In one of them she had posed in style, while in another, Jeh was seen comfortably sleeping on his mom. The Jab We Met star had then called it, 'lights, camera, nap time.'

The 40-year-old has also shared pictures and many other details from the journey of bringing Jeh into this world.