Being a mother is not easy. Addressing the same, Kareena Kapoor Khan opened up about her journey of becoming a mother with Taimur Ali Khan Pataudi. 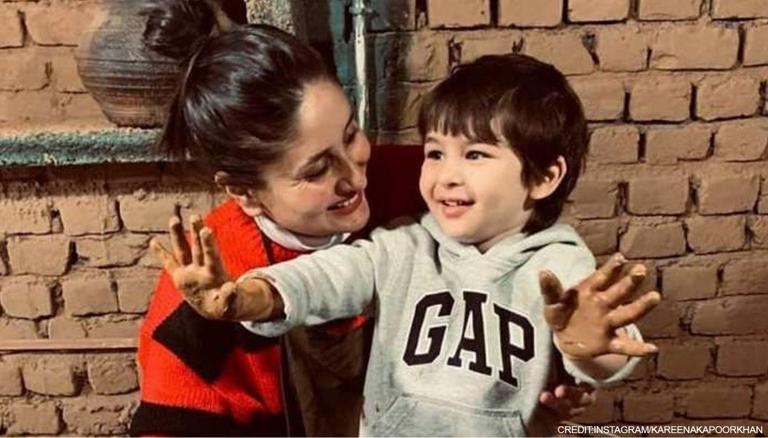 
Being a mother is not easy and actor Kareena Kapoor Khan is no stranger to this notion. After giving birth to two kids,  the actor relayed her motherhood story in her new book titled Pregnancy Bible. While she revealed some interesting tidbits of her journey with her two sons with her husband Saif Ali Khan, Kareena did not shy away from discussing the hardships that came with the joyous experience.

The actor-turned author, in her book, narrated her journey of becoming a new mother after giving birth to Taimur, and about her second son, Jeh. The actor who remained tight-lipped about her pregnancies revealed in her book that she struggled to clean Taimur's poop. She not only talked about her struggles but also discussed the solutions young mothers can adopt to tackle these issues while parenting.

She wrote, "I wasn’t the most perfect mom the first time around. There is joy in messing up. I didn’t know how to clean Taimur’s poop or put on his diaper properly in the beginning. His pee leaked so often because his mother didn’t secure his diaper perfectly. But here is some advice — mother to mother: it’s about you and your comfort; do what is easy, do what works. When a mother is confident and comfortable, the baby senses it too. It’s why I returned to work so quickly."

With several critically as well commercially successful movies under her belt, Kareena was a leading lady in Bollywood. The actor also made a successful comeback in Bollywood after giving birth to her first son. Addressing her identity as an actor and person, she also discussed how she did not want her identity to remain that of a mother. While juggling motherhood and professional life, she recalled, "I remember leaving Taimur behind and going to night shoots with a crew of 150 people. I was so torn — trying to be professional on the shoot, while aching for my baby. I have jumped back into my commitments soon after having Jeh, too, though I definitely feel less rushed. It’s normal to feel guilty."

However, braving through those hurdles, the actor believed she got her life back. "But trust me when I say Taimur doesn’t love me any less today because I got my life back soon after I had him, and neither will Jeh. There is nothing like doing what you want to do. I will have one kid at my hand and another in my lap. I will be a mom and I will go back to work. I will rock all of it," said the actor.

READ | 'Fainted out of exhaustion': Kareena Kapoor opens on difficulties during second pregnancy