Kareena Kapoor Relishes The 'best' Biryani Ever; Thanks Prabhas For 'insane Meal'

Kareena Kapoor Khan recently received special Biriyani from Prabhas. She took to her Instagram stories to thank him for the delicious meal. 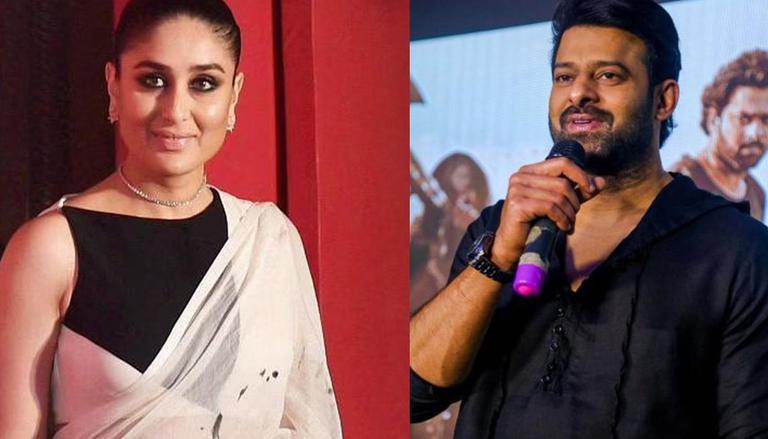 Kareena Kapoor Khan recently took to her Instagram stories to thank Prabhas for the delicious meal. Bebo shared a photo of the Biriyani, Prabhas had sent, along with some dessert. In the Insta story, she wrote, "When Bahubali sends you Biriyani it's gotta be the best". She further thanked him and wrote, "Thank you, Prabhas, for this insane meal". The Heroine actor also added the hashtag 'Adipurush' in the story. 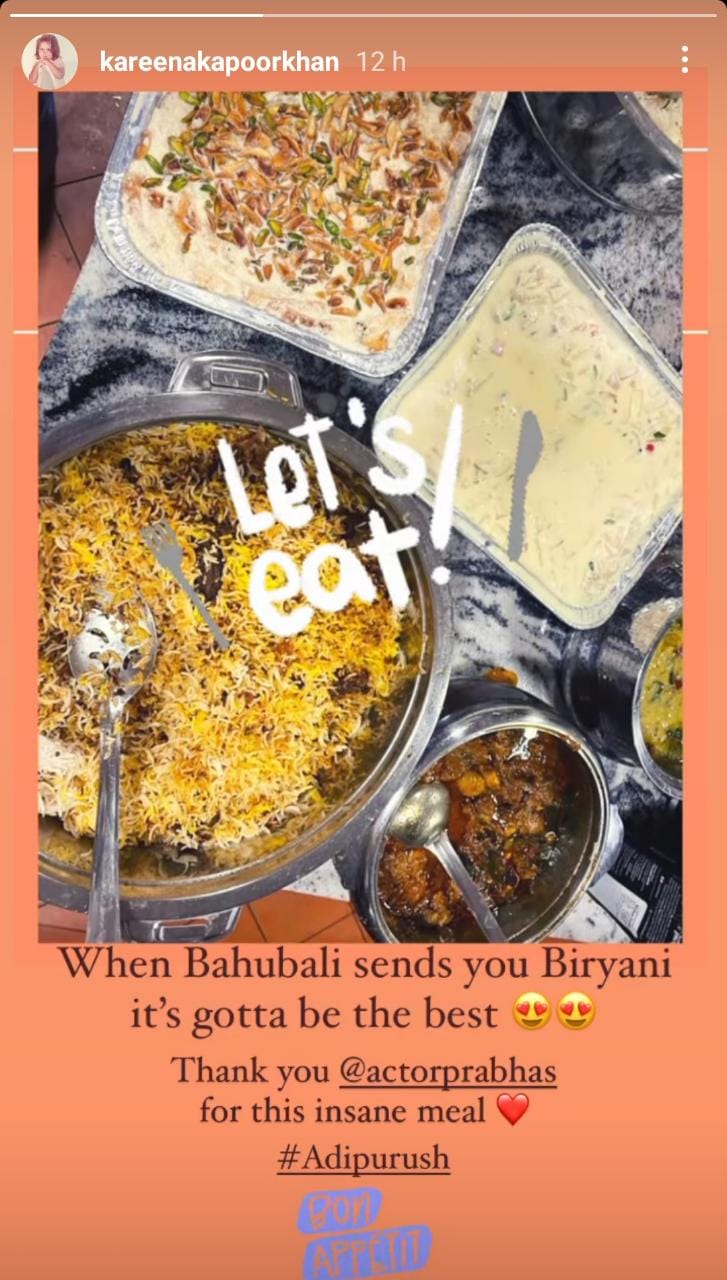 Adipurush stars South actor Prabhas in the lead role. The film also features Saif Ali Khan playing the lead antagonist Ravan Lankesh. Kriti Sanon was roped in to play the leading lady Sita in March this year. The film also casts Devdatta as Hanuman, Sunny Singh as Laxman, and Vatsal Sheth as Trupti Toradmal. The film is based on some tales of Hindu mythology. Om Raut is helming the project while T-Series and Retrophiles are producing it.

Saif Ali Khan, who recently starred in the horror-comedy film Bhoot Police, is set for the portrayal of Ravan in the upcoming movie. The actor has faith in the makers of Adipurush that he is not even concerned about the film. In an interview with PTI, Saif Ali Khan praised the filmmakers and shared how they are aware of what they are dealing with. The Bhoot Police actor also revealed the makers are not leaving any stone unturned while making sure the portrayal of religion, mythology, and history is correct in the film.

"The film is very unique and different. I am not concerned about Adipurush at all because the director, the write and the entire creative organisation are highly educated in the material they are doing. It is impossible to imagine them to put one foot wrong also as far as the correct portrayal of religion, history and mythology goes, they cannot make a mistake," Saif Ali Khan told PTI.

WE RECOMMEND
Kareena Kapoor gives a glimpse of her 'Forever Mood'; posts Jeh's adorable pic
As Kareena Kapoor turns 41, Kangana, Kiara & other celebs extend heartfelt wishes for her
Kareena Kapoor posts pics from vacation with Saif & kids before her birthday
Prabhas and Deepika Padukone starrer 'Project K' to commence shooting soon
Kareena Kapoor Khan makes THIS 'birthday promise' to herself, shares pic with Saif &Taimur
Listen to the latest songs, only on JioSaavn.com