Taking to Instagram, Kareena Kapoor Khan posted on her stories that she loved Diljit Dosanjh's song 'Black And White' from his latest album 'MoonChild Era' 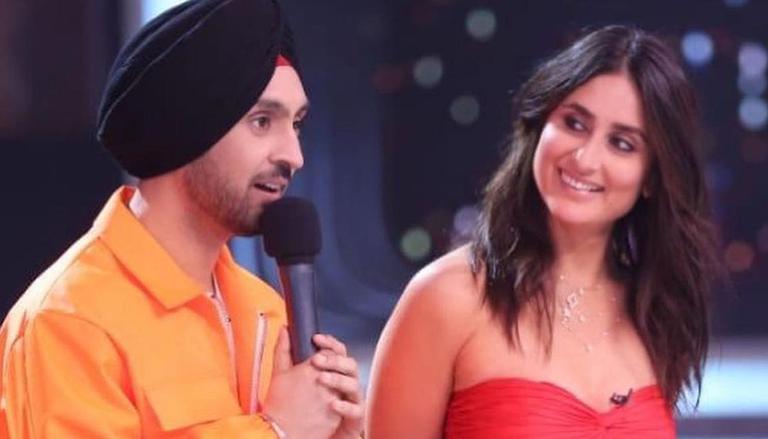 
Diljit Dosanjh is currently celebrating the success of his latest album, MoonChild Era. Not just of fans but the Punjabi singer's songs are also topping the playlists of several A-list celebrities. Recently, Bollywood diva Kareena Kapoor was vibing to the song Black And White by Diljit Dosanjh. Kareena praised her two-time co-star and revealed how she loved the song.

Taking to her Instagram stories, Kareena Kapoor Khan revealed she loved Diljit Dosanjh's song Black And White from his latest album, Moonchild Era. The actor shared a dance video by two California based choreographers performing to the song. In the story, Kareena wrote, "love the song Diljit Dosanjh." She also showered praises for the choreographers and wrote, "love the moves Shivani Bhagwan and Chaya Kumar." 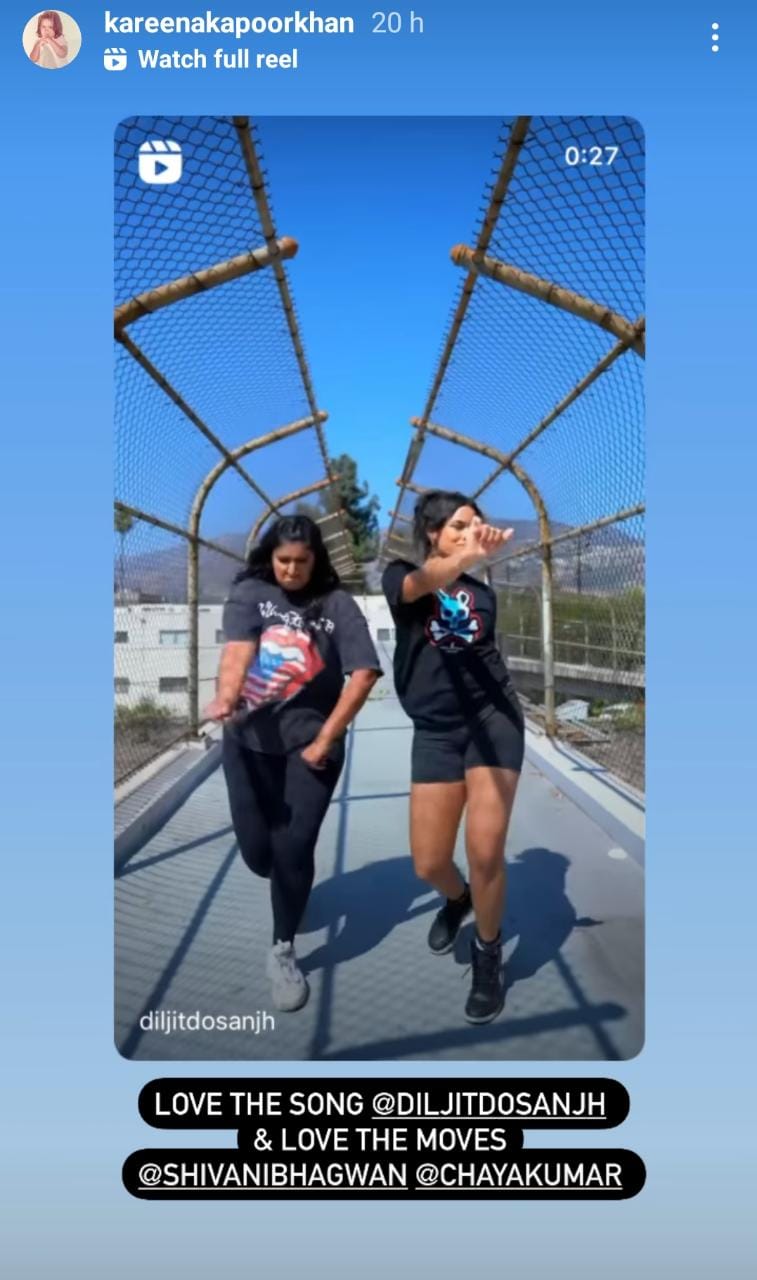 Kareena Kapoor Khan and Diljit Dosanjh have shared the screen space twice. The two first starred in the 2016 film Udta Punjab. While Kareena played the role of a doctor, Dosanjh portrayed a policeman who seeks help for his drug addict brother. The two came back together for the 2019 film Good Newzz, which also starred Akshay Kumar and Kiara Advani.

Ranveer Singh and Deepika Padukone in love with Lover

It is not only Kareena Kapoor who is hooked up with Diljit's MoonChild Era. Earlier, actor Deepika Padukone also accepted that her current favourite song is Lover by Diljit Dosanjh. The actor took to her Instagram handle for an Ask Me Anything session. In the session, she asked her fans, "Drop a word below & I'll tell you what it reminds me of..." When a follower wrote Music, the actor said, "My absolute favourite song at this point is what came to my mind, which is lover by Diljit Dosanjh."

READ | Shehnaaz Gill's first-look out in Diljit Dosanjh's 'Honsla Rakh'; to release on THIS date

Diljit Dosanjh reshared the video and mentioned how he was delighted to hear Deepika loves his song. He also wrote, "It's nobody's fault... It's a MOONCHILD ERA." Ranveer Singh was also once spotted vibing on Lover. During an Instagram live session, Ranveer Singh was seen grooving to the song from MoonChild Era.

Diljit Dosanjh dropped his much-awaited music album on 22 August 2021. The singer dropped several music videos as well. Here is a list of all songs from MoonChild Era.

READ | Kareena Kapoor relishes the 'best' biryani ever; thanks Prabhas for 'insane meal'