Kareena Kapoor Talks About Saif Having Kids In Every Decade, Calls Him 'broad-minded'

Kareena Kapoor recently opened up about Saif having kids in every decade of his life and mentioned how only a "broad-minded" man like him could do this. 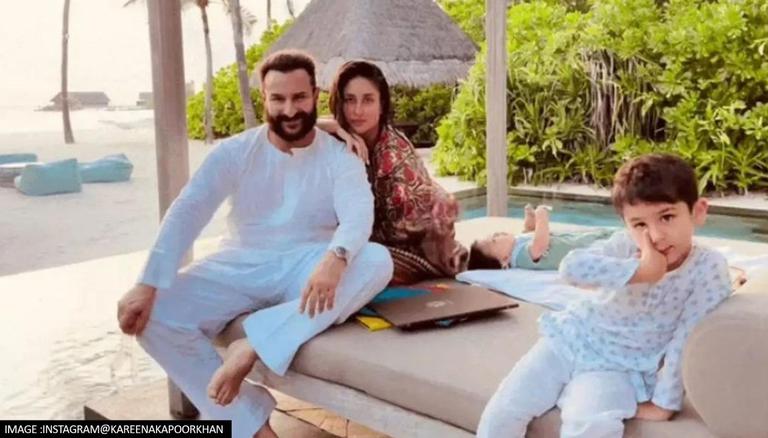 
Kareena Kapoor and Saif Ali Khan are one of the most adored Bollywood couples and often make headlines by simply stepping out of their home. The couple has been in the limelight ever since they started dating back in 2008, which has only increased over the years. The couple tied the knot in 2012 and welcomed their two sons Taimur and Jeh Ali Khan in the past decade.

While Saif Ali Khan turned 50 a few months before his youngest son Jehangir was born, he has had kids in every decade of his life. Kareena Kapoor recently opened up about the same in an interview and mentioned how only a "broad-minded" man like Saif Ali Khan could do this.

Kareena Kapoor Khan recently opened up about how her parenting style evolved between her two sons Taimur and Jehangir Ali Khan in an interview with Vogue. While talking about how she is reusing Taimur's things for Jeh Ali Khan, the actor also opened up about her actor husband being a father of four children - Sara, Ibrahim, Taimur and Jeh Ali Khan. She mentioned how Saif Ali Khan had a kid in every decade - "in his twenties, thirties, forties and now in his fifties."

"I've told him, in your sixties, that's not happening," the Laal Singh Chadha star quipped jokingly.

Kareena Kapoor further added how only a man like Saif Ali Khan could be a father at these stages and mentioned their strategy to raise their one-year-old. She said, "I think only a man as broad-minded as Saif could be a father of four children at very different stages. He gives his time to them all. And now, with Jeh, we are trying to balance it out. We've made a pact that when he's shooting for a film, I will try not to work on one at the same time (and vice versa)."

Saif Ali Khan tied the knot with actor Amrita Singh back in 1991 and had two children - Sara and Ibrahim Ali Khan. The two got separated in 2004. In 2012, he married Kareena Kapoor and welcomed two sons - Taimur and Jehangir Ali Khan. The age difference between his eldest child Sara Ali Khan and youngest Jeh is 25 years.

READ | Kareena Kapoor enjoys some leisure time with her son Jeh on a beach; See Pic