Karishma Kapoor took to her Instagram to share a special video on the occasion of Babita Kapoor's birthday and wrote a heartfelt caption for her.

The 46-year-old actress shared a montage video of her mother where the duo's several pictures were compiled in the video. With funky background music, the photos in the video depicted the various fun and candid moments the mother-daughter duo shared together. Karisma wrote in the caption 'happy birthday to our mama' with a red heart emoji. She continued the caption writing they loved her beyond any words can describe and ended the caption with 'keep rocking'.

Malaika Arora took this opportunity to wish Karisma Kapoor's mother on her birthday by writing 'happy birthday Babita aunty' while Saba Pataudi also wished her while commenting 'stay safe'. Several other fans and celebrities sent out wishes for Babita Kapoor's birthday in the comment section. One fan also commented that 'Happy birthday to the queen who raised two princesses'. 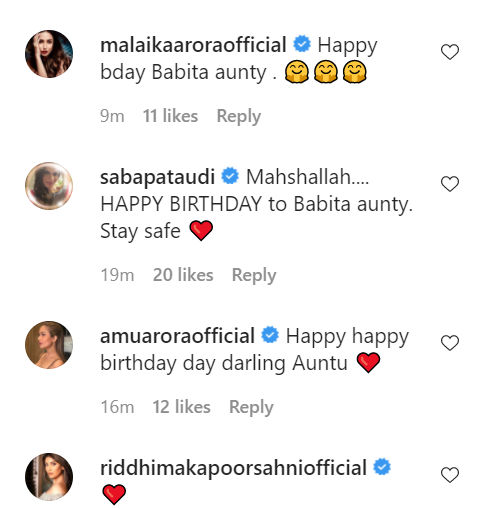 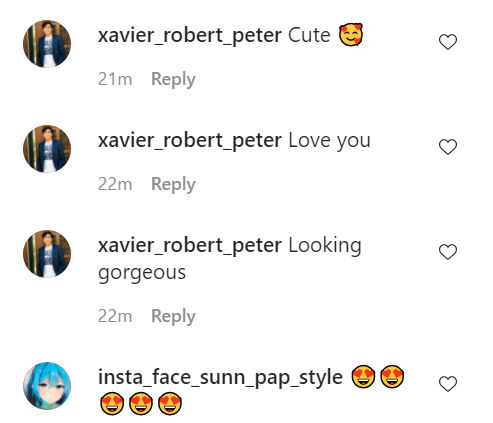 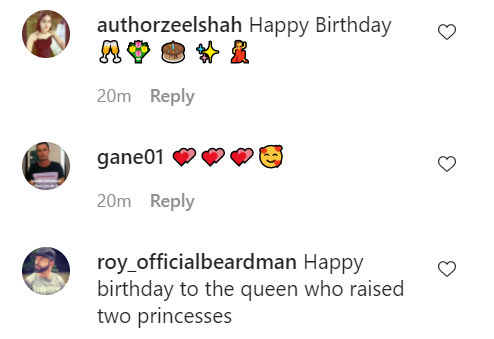 Babita Kapoor's youngest daughter Kareena Kapoor Khan also took to her social media to wish her mother on her birthday. The actress shared a picture of her with her mother and elder sister Karisma Kapoor and another throwback monochrome picture of he mother. Wishing her mother, Kareena wrote, 'Happy birthday to our strength and world'. Continuing the caption, Kareena amusingly remarked that she and Karisma will forever trouble her because that is what mothers are for.

The 46-year-old actress often shared several pictures of her family and mother on her Instagram. In one post shared by the actress, Karisma can be seen embracing her father while Babita smiled brightly at the camera. In another photo shared by Karisma, Babita can be seen spending some quality time with her family.