Kartik Aaryan Gets His Own 'stamps' From Lucknow Post Office, Take A Look

Kartik Aaryan who is currently in Lucknow shooting for his upcoming film 'Pati, Patni aur Woh' received a gift from Hazratganj Post Office in the city.

Chief Post Master General office in Hazratganj, where Kartik has been shooting for the film gifted the actor a customised 'MyStamp' featuring his face on it. Talking about the same, Krishna Kumar Yadav, the director of Postal services, Head Post Office, Hazratganj said that the stamps can be used around the world by the people who write letters. The gift was given to Kartik so he could remember and cherish the time he spent shooting in their office, the director was quoted as saying.

READ | Raksha Bandhan: Kartik Aaryan & Sara Ali Khan's Wishes For Their Siblings Are As Millennial As It Gets

Reacting to the same, Kartik Aaryan said that he was surprised to see himself on the stamps and is overwhelmed to receive so much love. Aaryan called the gift a 'thoughtful gesture'. 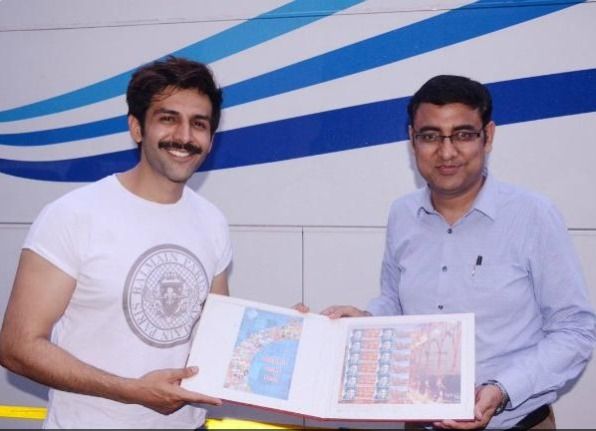 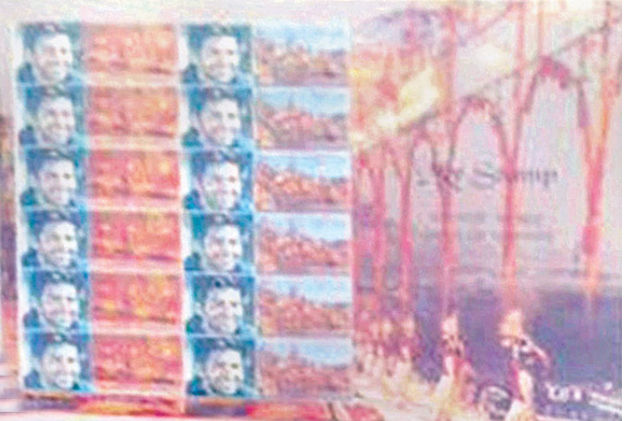 #ChintuTyagi 😎 . . Leaving behind one character... his world and getting into another character is painful yet a fun process. Perk of being an actor. You get to live so many lives in one life. #PatiPatniAurWoh ❤️🤫

Kartik who will be seen in Imtiaz Ali's untitled next opposite Sara Ali Khan in an interview said that he wants to strike a balance between the commercial viability of a project and good content. "I want to be known as a commercial hero. I have been working on my craft and have proved myself with all the films I have done so far. People are appreciating my work and it feels good when people like my work," Aaryan told PTI