Kartik Aaryan, along with his 'Dhamaka' co-stars Mrunal Thakur and Amruta Subhash will be appearing as guests on the comedy show, 'The Kapil Sharma Show'. 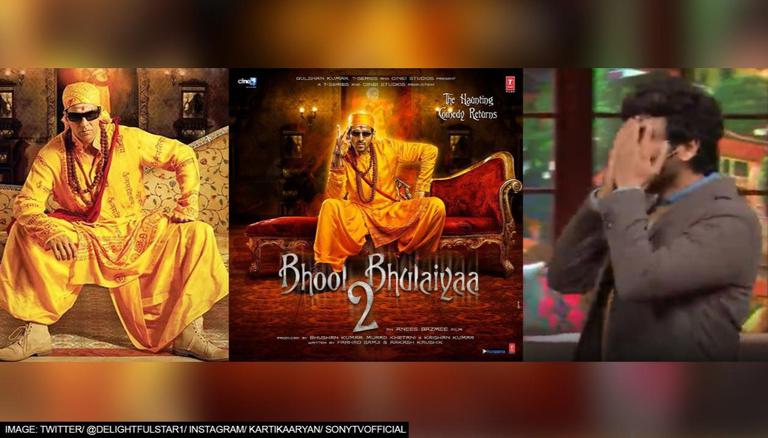 
Kartik Aaryan, along with his Dhamaka co-stars Mrunal Thakur and Amruta Subhash will be appearing as guests on Sony Television's comedy show, The Kapil Sharma Show. Several promo videos have been shared by the channel on their official Instagram handle.

In one of the promo videos that was shared on Wednesday, host Kapil Sharma can be seen talking about Kartik replacing Akshay Kumar in his forthcoming highly-anticipated film, Bhool Bhulaiyaa 2.

The promo video shows Kapil talking about how he was replaced by the Khiladi Kumar as the brand ambassador of a product he endorsed. He joked, "Akshay paaji ka toh aapko pata hai, unhone kaam chheenne mein three-year degree course kiya hua hai (You know Akshay has done a three-year degree course in how to snatch other people’s work)." He added that Kartik is the only person who has done the unthinkable.

READ | Kartik Aaryan opens up on his struggling days, says 'miss being carefree'

In the promo video, Kapil can also be seen asking Mrunal Thakur why she has not been linked to anyone yet. The comedian wondered if it's because she is focused on work or if people are scared of her as she is ‘Thakur saab ki beti (daughter of Mr Thakur)’. The Super 30 star then asks him to find her a partner. Kapil then flirtatiously replied, "Main kisi ko kyun dhoondhu (Why should I find someone)?" His response left the actor in surprise.