Taking to his official Instagram handle, Kartik Aaryan dropped a video of his little fans from Uganda who are seen grooving to 'Bhool Bhulaiyaa 2's title track. 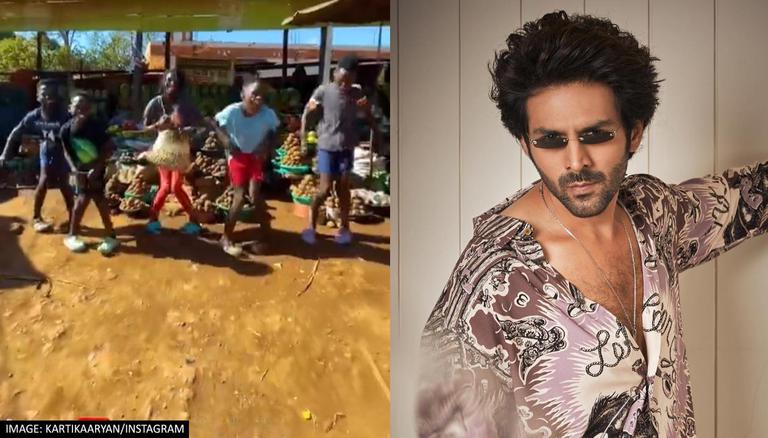 
Bollywood actor Kartik Aaryan is currently basking in the success of his latest released film, Bhool Bhulaiyaa 2, also starring Kiara Advani in the lead. The film's title track has garnered a lot of attention since its release, with fans making Instagram Reels videos on the song. Meanwhile, the actor has shared a video of his little fans from Uganda who are seen dancing to the song and the former is all hearts for them.

Taking to his official Instagram handle, Kartik Aaryan dropped a video that starts with a girl walking towards the market to buy vegetables amid which she breaks up into a dance with her other friends, doing the Dhamaka actor's famous zigzag step. Sharing the clip, Aaryan wrote in the caption, "Uganda celebrating Zig Zag !! Makes me wanna get up and dance with them
#BhoolBhulaiyaa2 🤙🏻 #ZigZagStep @ghettokids_tfug." The children are from Uganda's dance group, Triplets Ghetto Kids, who are seen shaking a leg on Bhool Bhulaiyaa 2's title track.

Netizens couldn't resist as they were quick to react to Aaryan's latest post and the comment section is proof of it. Popular choreographer Farah Khan commented, "Faabbb! Inko bula lo yahaan." A fan wrote that Bhool Bhulaiyaa 2 is one of the best films so far and she is watching the film on repeat after downloading it and one commented, "@kartikaaryan you should…these kids are so gifted and effortless. Amazing sense of musicality too. Go for it". A fan even wrote, "nowadays in parties people are doing hare Krishna hare Raam", while others dropped hearts to the comment section.

Bhool Bhulaiyaa 2 has emerged to be the biggest hit of Kartik Aaryan's career. The film is the standalone sequel to Akshay Kumar and Vidya Balan's 2007 blockbuster Bhool Bhulaiyaa. The film also stars Tabu and is being lauded for its interesting plot, tracks and actors' performances.