Actor Amitabh Bachchan’s game show Kaun Banega Crorepati is all set to become a starry affair after a list of stars are all set to grace the show as guests. 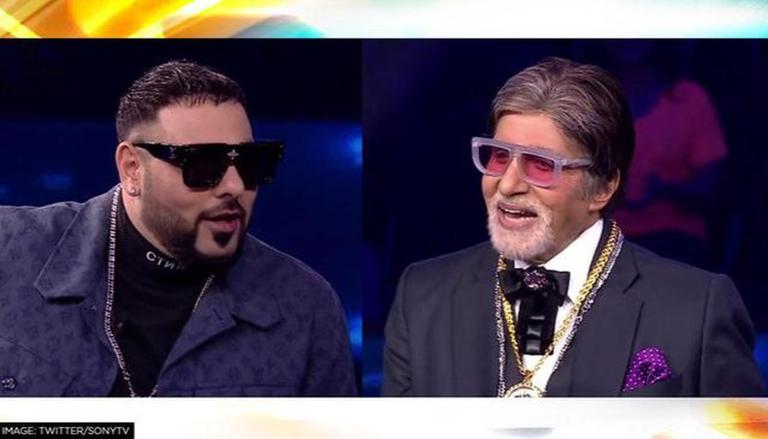 
Actor Amitabh Bachchan’s game show Kaun Banega Crorepati is all set to become a starry affair with a bevy of stars grace the show. The show which is set to conclude on December 17, will witness a a plethora of stars playing the game with the legendary actor. In of the segments on the show, Amitabh Bachchan will channel his inner rapper with guests Badshah.

With the upcoming mega episodes, Amitabh will be seen having great fun with the guests as the new promo video shows him rapping with Badshah. One of the segments in the video shows him sitting on the hot seat as he touches up his makeup and sets his hair while donning big chains and a locket in his neck. He gets up from the chair and repeats the lyrics of the rap which was crooned by Badshah. The video shows how the Kabhi Khushi Kabhi Gham actor will dance and sing along with Neha Kakkar and Badshah on Chull song. Apart from this, he will also be seen making rotis with TV bahus, playing cricket with Harbhajan and Irfan Pathan, and recreating a scene from Gulaboo Sitabo with Ayushmann.

Amitabh Bachchan had also shared a picture from the shoot on Instagram earlier and wrote, "Yo .. doing the cool dude with the BADSHAH." Fans were quick to react to the picture while expressing their disbelief over Amitabh rapping with Badhsh like a cool dude. One of the users wrote, "Looks like so much fun Sir Ji." Another user wrote, "Shahnsha with badshah." A third user chimed in and wrote, "Two of my favourite stars together under one roof."

Earlier, in a promo, Badshah can be seen showing Amitabh Bachchan the choreography of his song Jugnu and the legendary actor imitates him. Neha Kakkar, who is also on stage joins the duo to perform the viral dance. Bachchan also jokes about how he is getting a workout on the sets of his show, leaving the audience in splits. The actor also shakes a leg with Vaani Kapoor in the short clip. The caption of the promo reads, "Yeh hafta hoga hum sabke liye yaadgaar kyuki har roz hotseat par aayenge naye kalakaar! Dekhiye humaare #ShaandaarShukriya week ke entertaining aur exciting episodes."