Khushi Kapoor took to her Instagram and dropped a sunkissed picture of herself from Los Angeles. She called her a 'happy girl' in the caption.

On March 16, 2021, Khushi Kapoor took to her official Instagram handle and shared a pair of pictures featuring herself. In the pictures, she can be seen enjoying the sunlight and posing in front of a bare wall. She donned a grey sweatshirt and kept her long hair open. Khushi flashed her bright smile and called herself a ‘happy girl’ in the caption.

In the picture, Janhvi Kapoor's sister can be seen sporting a dark grey coloured sweatshirt and accessorised herself with a few pieces of silver chains and small silver bangled earrings. She went for subtle makeup to complete her look. She lightly kohled up her eyes and wore glossy nude lipstick. As for the caption, she simply wrote, “Happy girl” with a rainbow and a girl’s emoticon.

As soon as the photo was up on the internet, many of her fans and followers rushed to drop positive comments. Her sister, Janhvi Kapoor, too, commented, “Are you excited to click pix of me like this” and Khushi responded to her, “@janhvikapoor no” with a red heart. Shanaya Kapoor wrote, “La is suiting u” and called her ‘stunning’. Anjini Dhawan called her ‘Prettiest’ and dropped a pair of heart-eyed face emoticons. Aaliyah Kashyap called her ‘beauty’ in her comment. 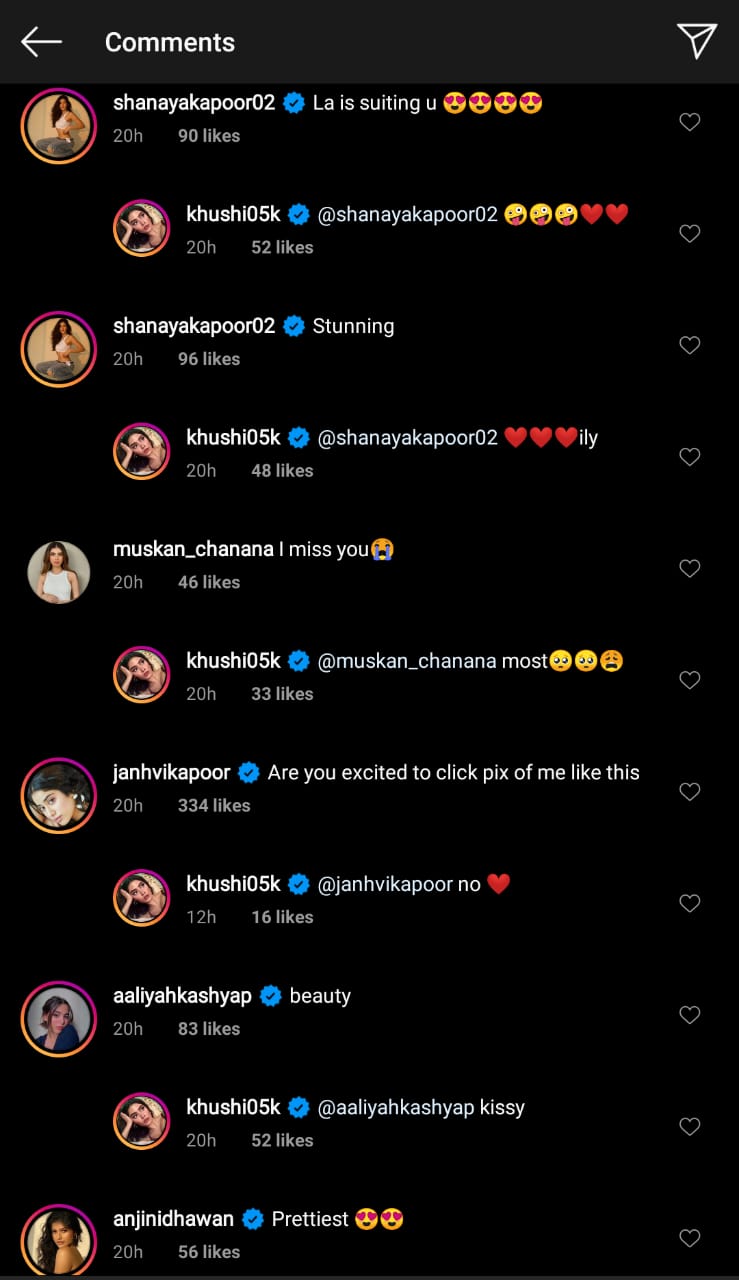 Khushi is an active Instagram user as she constantly treats her fans and followers with snippets from her personal and professional life. On March 14, 2021, she dropped a series of pictures enjoying the serene beauty of the evening sky. She donned a white top which she paired with a black leather jacket and denim jeans. She wore minimal neckpieces and a pair of silver earrings. She kept her wavy hair open and looked away from the camera in the first two pictures. She captioned the post as, “Cotton candy sky” with a cloud emoticon.

Meanwhile, on the work front, according to Vogue, Boney Kapoor made an announcement in January 2021, about Khushi Kapoor's debut in the Bollywood industry. He told that Khushi is keen on acting and confirmed her debut. However, he also confirmed that he won’t be launching his younger daughter.

A peek into Khushi Kapoor's photos