Khushi Kapoor’s latest TikTok video is all things gorgeous and she is giving the credits to make-up. Watch the video shared by the star-kid.

While most parts of the world are under lockdown due to the coronavirus pandemic, some people are resorting to TikTok or random video making to keep themselves entertained. One such prominent personality is Khushi Kapoor. The 19-year-old star kid took to TikTok to make a video and share it on her account. After doing so, the video caught the attention of many followers as Khushi Kapoor called out on the people who ‘do not like make-up’.

Also Read | This Is How Khushi Kapoor Reacts After She Steals Janhvi Kapoor's Outfits; Watch Video

A few seconds into the video, one can see that Khushi Kapoor is just finishing off her glamorous make-up and while doing so she is lip-syncing to a popular dialogue which goes, “For people who say that I don’t like to wear a lot of make-up or that’ so much make-up that I can never wear that much, could you never wear this much or do you just not know how to it? I will leave that there”. The dialogue is a direct call-out of people who think negative of people. However, throughout the video, Khushi Kapoor looks gorgeous in her big curly hair and black top.

Watch the TikTok video shared by the star kid

Khushi Kapoor’s post has been loved by her fans and many followers thought the video was funny. Some of her followers even thought that she looked similar to her mother in the video. Meanwhile, Khushi Kapoor has always loved make-up over the years. Her rare appearances during events were proof of the same. 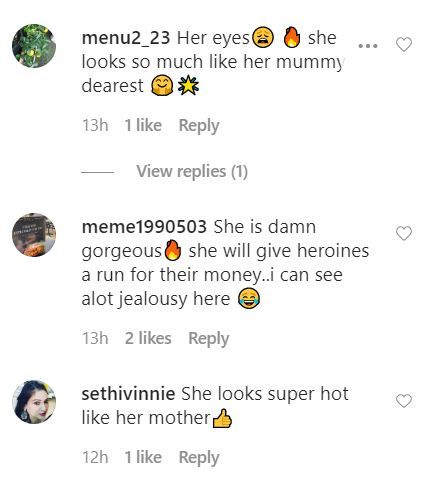