Kiara Advani, Sidharth Malhotra To Ring In New Year Together Amid Wedding Rumours?

Kiara Advani and Sidharth Malhotra looked stunning as they were seen arriving at the Mumbai airport earlier today. 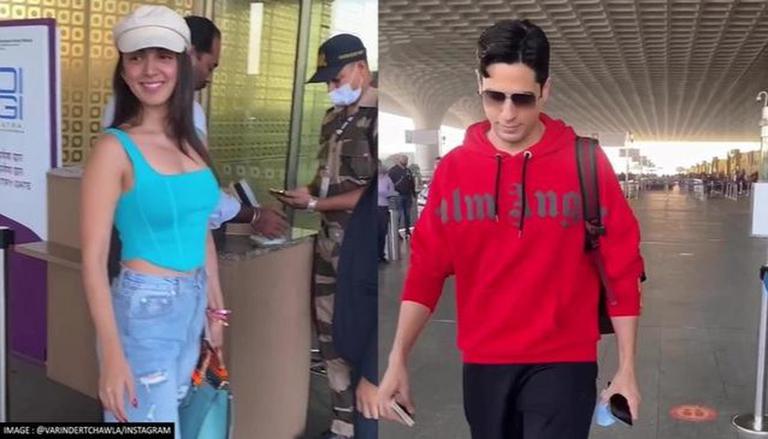 
Kiara Advani and Sidharth Malhotra, who are rumoured to be dating each other, were recently spotted at the airport (separately), creating a buzz that they will be spending New Year together. Pictures and videos of the rumoured couple from the airport have been surfacing on the Internet. In the viral photos and clips, Sidharth and Kiara can be seen beaming with a smile and posing for the photographers.

Kiara Advani was pictured wearing a stunning crop top and jeans. She completed her look with a cap, white sneakers, and a bag. Meanwhile, Sidharth could be seen sporting a red hoodie paired with black jeans and sneakers. The actor carried a bag and added sunglasses to complete his look.

About Sidharth and Kiara dating rumours

Although the actors haven't confirmed their relationship, film producer Karan Johar in one of his latest 'Koffee With Karan' episodes said that the 'Shershaah' couple is head over heels in love.

In a recent radio show, Sidharth Malhotra said that he has no plans of getting married in 2022.

Sidharth and Kiara starred together in the 2021 film 'Shershaah.'

On the work front, Sidharth is gearing up for the release of his film 'Mission Majnu,' co-starring Rashmika Mandanna. The actor is additionally preparing for Rohit Shetty's 'Indian Police Force'. 'Yodha' is another project he is working on.

Meanwhile, Kiara, who was recently seen in the Disney Plus Hotstar film 'Govinda Naam Mera,' will be seen in Kartik Aaryan's film 'SatyaPrem Ki Katha.'