Koena Mitra poked fun at Jasprit Bumrah's reception pic as the 'crackers' in them became a talking point. The actor used wordplay on Twitter

A post about a joyous occasion brought some flak for Jasprit Bumrah after he shared his reception pics with wife Sanjana Ganesan. Netizens latched on to the use of a sparkler during the celebration, claiming that the cricketer had previously advocated against the use of firecrackers. Koena Mitra used some wordplay around his name to join in the fun along with the section of Twitter calling him out.

Koena Mitra tweeted on Saturday in reaction to the reception pictures making headlines, she twisted his surname Bumrah to read  'Bam raha'. The actor quipped that netizens were stopping the person, whose name had the word 'bam' (bomb), from bursting bombs. The Musafir star used the hashtag that the Indian pacer had used in his tweet from 2017, 'say no to crackers.'

Netizen were impressed with Koena's sarcasm and responded that they were not stopping him from bursting crackers, but that he was 'stopping others from doing so, but doing it himself.'

Jasprit Bumrah's 2017 selfie from Diwali with his family had gone viral, where he had written 'say no to crackers.' 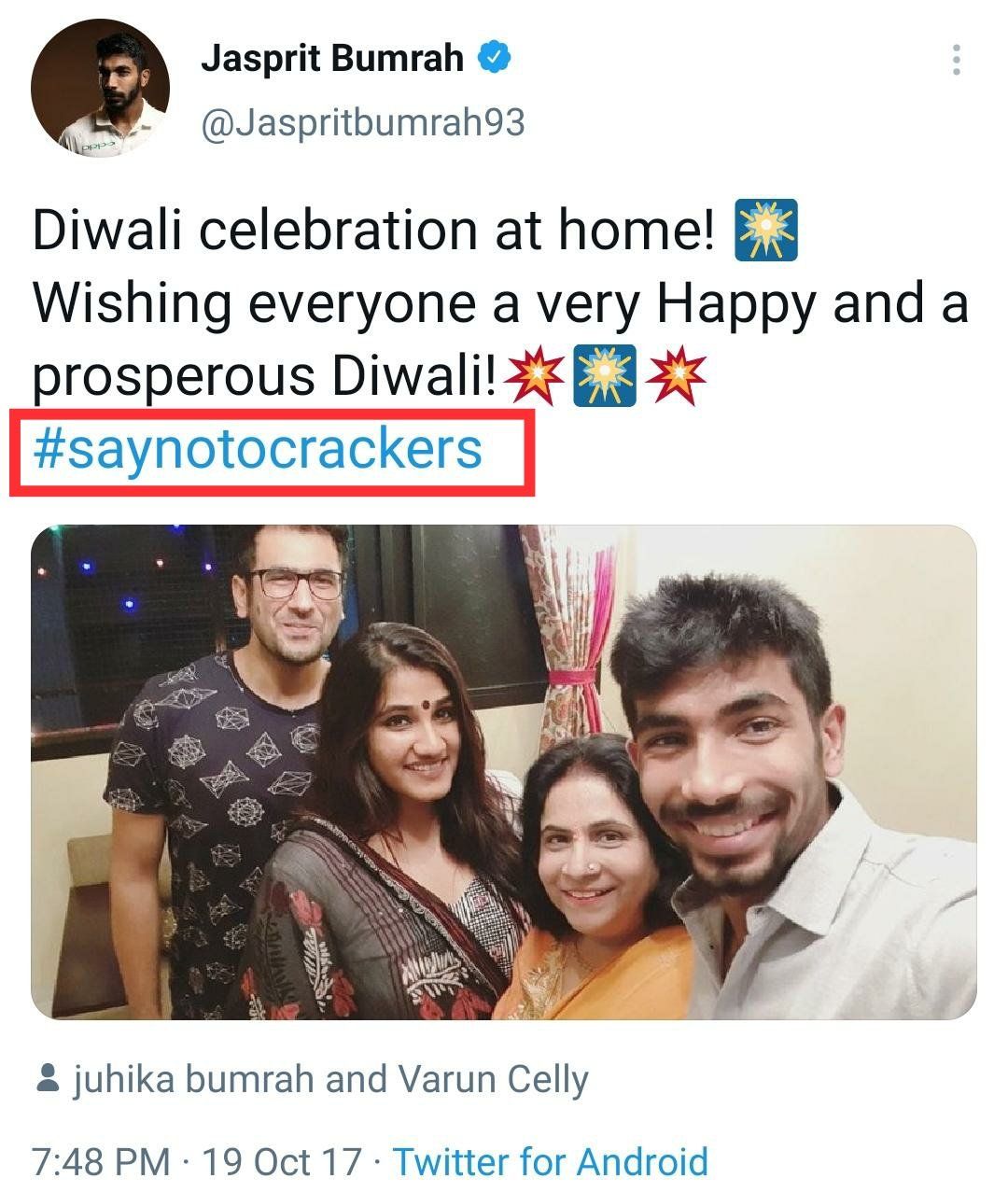 The Team India star got married to sports presenter Sanjana Ganesan on March 15 in Goa. After sharing the moments from Gurudwara wedding, he had shared the reception pictures on Friday to convey gratitude for the love and wishes showered by their fans and well-wishers.

Previously, his captain in the Indian team, Virat Kohli was similarly trolled after he had urged fans not to burst crackers on Diwali. Netizens pointed out firecrackers at his birthday celebration and the IPL.