Kriti Kharbanda took to her Instagram to share a fun BTS video of her co-star Vikrant Massey having a great chemistry with director Devanshu Singh. 
Housefull 4 actor Kriti Kharbanda is all set to be seen in Devanshu Singh's family entertainer 14 Phere opposite Mirzapur star Vikrant Massey. The actor recently took to her Instagram to share hilarious BTS clips showing her reel life partner having the greatest chemistry with the director of the movie. Kriti also asked to get the duo married to each other in the video. Take a look!

Gearing up for a digital release on July 23 on  ZEE5, the cast and crew of the forthcoming movie have been sharing tidbits from the movie on social media with their fans. Recently, the 30-year-old actor took to her Instagram to share a hilarious BTS clip from the sets of the movie featuring co-star Vikrant Massey and young director Devanshu Singh. The two-minute long video showed Massey's friendship with Singh and Kriti complaining about the duo ganging up on her throughout the filming.

In the video compilation, the 34-year-old actor can be seen hugging and planting and a kiss on Singh's cheek. Meanwhile, Kriti can be heard playfully complaining about the director's bias towards Massey and plotting to get the duo away from each other by the end of the filming. At one point in the video, Kriti complains about the duo sending her off to her van while they have fun playing Cricket together. She wrote in her caption, '#patipatniaurwoh 🙊🙊 #14phere. Yeh  @vikrantmassey aur  @deva_stating na, I tell you! Bas shaadi karwa do in dono ki! Uufff! 😝 thoda #bts fun aapke liye 🕺

Netizens appeared to have enjoyed the BTS clip from the forthcoming family entertainer. Many flooded the comment section with heart and fire emojis while some took notice of the adorable moments of the actor-director duo in the video. A few netizens also laughed along with Kriti and on her playful banter with her co-workers. 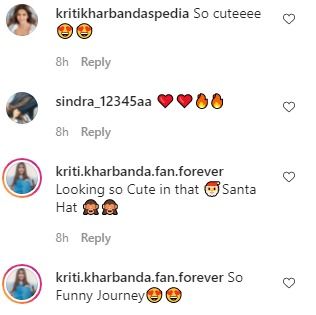 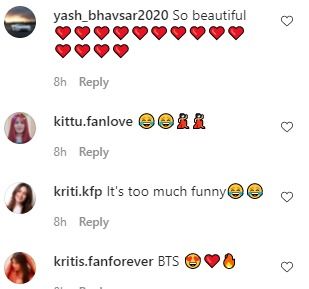 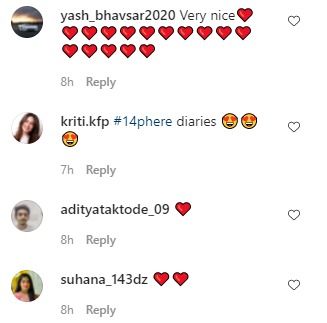 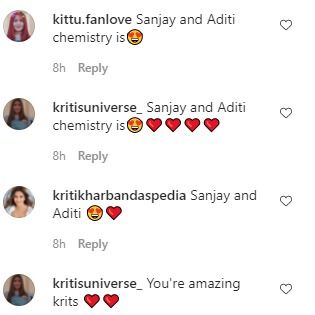 The social-comedy drama movie is directed by Devanshu Singh, best known for his work in Tamaash, and Chintu Ka Birthday. Vikrant Massey will be seen playing Sanjay Lal Singh while Kriti Kharbanda will portray the role of Aditi. While sharing the poster of the movie, Singh described the movie as 'Shaadi do logon ke beech nahi, do pariwaron mein hoti hai'. It is slated for release on July 23 on ZEE5.