Kriti Kharbanda shared the teaser of the movie 14 Phere on her Instagram account and promised 2X drama, chaos and dhamakedaar entertainment to her fans. 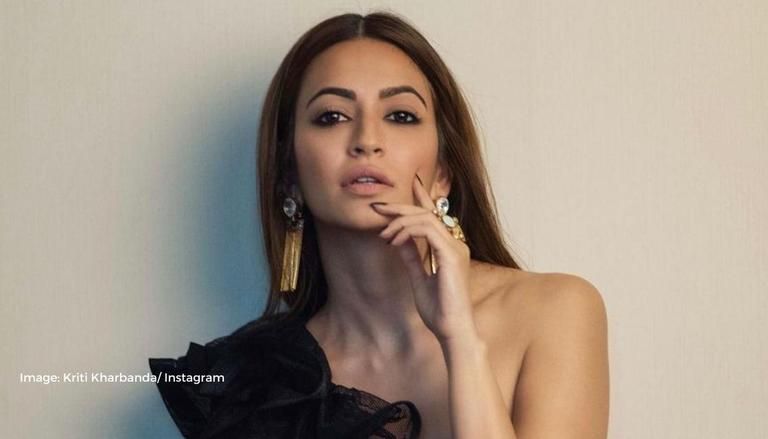 
There has been a lot of hype and excitement regarding the upcoming movie 14 Phere. On Monday, Kriti Kharbanda took to her Instagram account and posted the teaser of the upcoming movie. She will be seen opposite actor Vikrant Massey in the film. In the teaser, the makers disclosed the names of the characters to the audience.

In the teaser posted by Kriti Kharbanda on her Instagram account, it is quite evident that the movie will feature a wedding. The teaser opens with vibrant animated elephants and flower patterns and reveals the name of the characters who are getting married. The names, Sanjay and Aditi, are revealed on a heart-shaped placard which resembles a name placard that is quite common in Indian weddings. In the teaser, the audience is also informed that there will be 2X ‘dhamaal’ in the film.

Along with the teaser, Kriti Kharbanda also included a small note in the caption and wrote, “2x drama combined with 2x chaos equals dhamakedaar entertainment! #14Phere coming this July, only on #ZEE5.” She tagged many members of the cast and crew in the caption. In the comment section of Kriti’s post, actor Pulkit Samrat wrote, “Trailer dikhao!! 🥳💫” (Show the trailer) and Kriti replied to the comment and wrote, “jald hee!❤️❤️” (Very Soon). Many of Kriti Kharbanda’s fans showed their excitement about the movie and praise the trailer. One of her fans wrote, “Omg I am so happy😍😍😍❤️mam❤️❤️❤️❤️❤️” while another wrote, “Omg I’m so excited 😭❤️.”

Previously, Kriti Kharbanda took to her Instagram account and posted a photo from the set of 14 Phere. She posted the photo to mark the beginning of the shooting of the movie. The photo featured herself, Vikrant Massey and the director of the movie, Devanshu Singh. While Devanshu can be seen standing in front of a train coach, Kriti and Vikrant can be seen on either side of the director with half their body peeking out of the window of the train. Kriti captioned the photo and wrote, “Embarking on a journey that promises 2x fun, dulha-dulhan are ready to take #14Phere! 🤩 ❤️”.

14 Phere is an upcoming social comedy movie directed by Devanshu Singh. The cast of 14 Phere includes actors like Vikrant Massey, Kriti Kharbanda, Gauahar Khan, Vinay Pathak, Vineet Kumar and many more. The movie has been produced by Zee Studio and will be released in ZEE5 in July 2021.