On Thursday night, Kriti Sanon hosted an Ask Me Anything session on her Instagram space to interact with her fans. She candidly unveiled her favourite old song 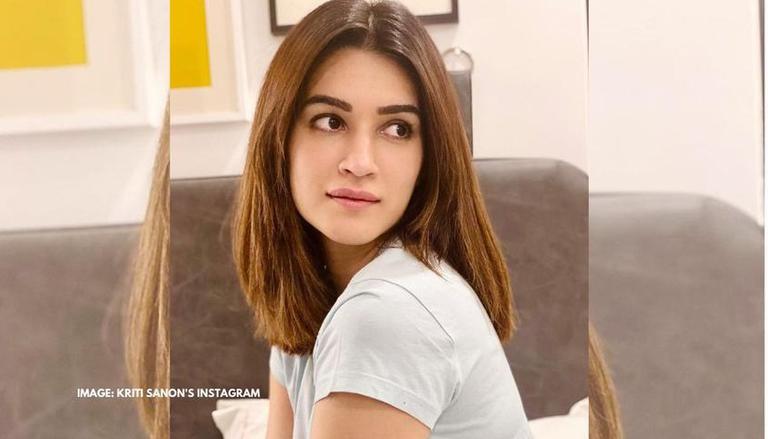 
On Thursday night, Heropanti actor Kriti Sanon hosted an Ask Me Anything session on her Instagram space to interact with her fans. Kriti said, “Before I call it a night, let's chat! Ask me Anything (Keep it interesting)”. As soon as the story was put up on her IG, many of her followers bombarded a slew of questions about her personal life and likings. One of her fans asked Kriti Sanon to unveil her favourite old song to everyone.

Replying to the fan’s question, Kriti used her Instagram music to play Kishore Kumar’s hit romantic number ‘O Mere Dil Ke Chain’. The song was from the hit iconic Indian film, Mere Jeevan Saathi. Helmed by Ravikant Nagaich, the movie starred Rajesh Khanna and Tanuja in the lead roles. Crooned by Kishore Kumar, the song was composed by the legendary musician R D Burman. Talking about the song, Rajesh Khanna reportedly disapproved of O Mere Dil Ke Chain being a part of the film. However, after a talk with the director of the film, they went on to enlist it in the film’s music. Later, O Mere Dil Ke Chain turned out to be a massive hit and is even popular today. Another curious fan of the star, went on to ask Kriti about the first film that she ever watched in a movie theatre. While answering the question, Kriti shared the poster of the 1994 hit film romantic drama, Hum Aapke Hain Koun…! Take a look at her story below: 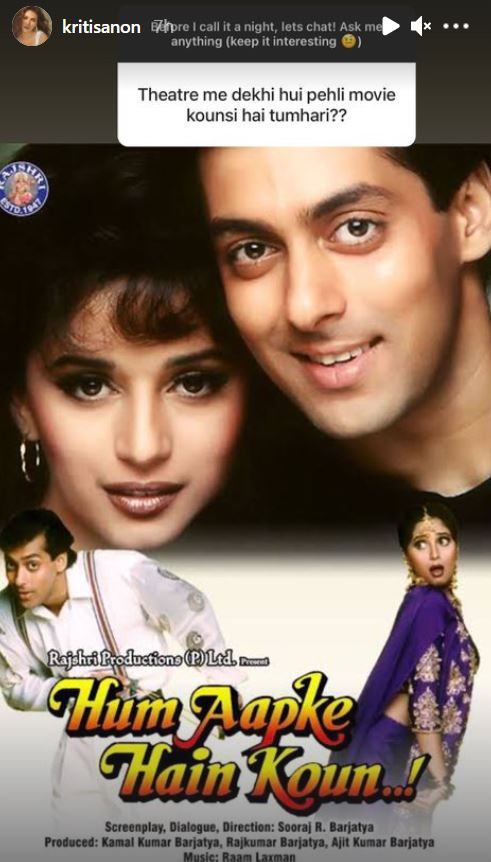 This Ask Me Anything session came just a few hours after the star paid tribute to her memories with late actor Sushant Singh Rajput while filming their movie, Raabta. Kriti said, “I believe in connection, I believe that we are meant to meet the people we do.. My Raabta with Sushant, Dinoo and MaddockFilms was just meant to be..Films come and go..But every single film has so so many memories behind it.. The connections we make & the moments we live with each other stay within us..Some more than others..Raabta was one of my best and most memorable experiences and it will ALWAYS remain extremely close to my heart..Little did i know that it would be our first and last..”. Check out the post here:

READ | When Kriti Sanon took a dig at star kids: 'They get their 2nd film before 1st releases'