KRK Gets Bail In 2021 Molestation Case; Will Remain In Jail For Controversial Tweets

A Mumbai court on Tuesday granted bail to actor Kamaal R Khan, popularly known as KRK, in a 2021 molestation case registered against him by the suburban Versova police. 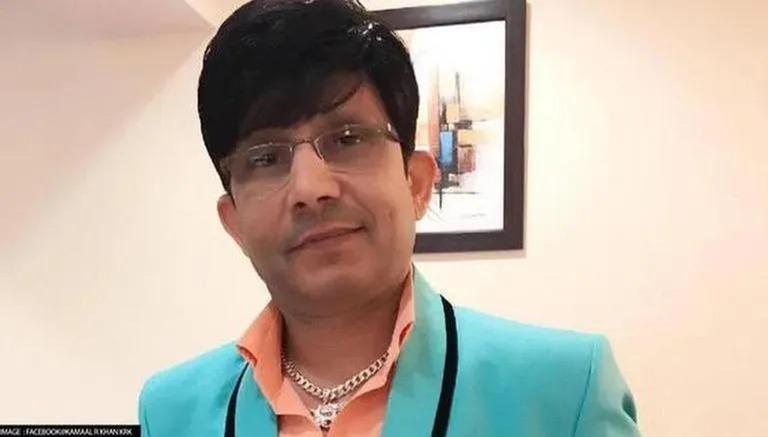 
A Mumbai court on Tuesday granted bail to actor Kamaal R Khan, popularly known as KRK, in a 2021 molestation case registered against him by the suburban Versova police.

Khan, however, will remain in jail, as his bail plea is pending before the Borivali magistrate court in the 2020 case of controversial tweets about actor Akshay Kumar and filmmaker Ram Gopal Verma.

His bail application in the case of the tweets is likely to be heard by the Borivali metropolitan magistrate court on Wednesday.

Khan was arrested from the Mumbai international airport on August 30 over the alleged derogatory tweets and sent to judicial custody by the Borivali magistrate court.

The Versova police Sunday took his custody in the molestation case and he was produced before the Bandra court.

Khan, in his bail plea filed through lawyers Ashok Sarogi and Jay Yadav before the Bandra magistrate court, claimed the contents of the First Information Report (FIR) did not match the alleged molestation incident practically.

Advocate Yadav submitted before the court that the FIR was registered 18 months after the incident and that too after the victim's friend asked her to do so.

He further argued that the Indian Penal Code section invoked against Khan was bailable.

The court allowed Khan's plea. The detailed order was not available yet.

The molestation case was registered in June 2021 based on the complaint of a 27-year-old woman under sections 354(A) (sexual harassment of the nature of unwelcome physical contact) and 509 (word or gesture intending to insult the modesty of any woman) of the IPC.

The complainant had alleged that Khan had called her to his bungalow in Versova on the pretext of offering her the lead role in a film. He spiked her drink and touched her inappropriately, as per the FIR.

According to police, tweets posted by Khan in 2020 were communal and he had targeted Bollywood personalities.

He was booked in 2020 under sections 153 (wantonly giving provocation with intent to cause riot) and 500 (punishment for defamation) and other provisions of the IPC and the Information Technology Act.