Lata Mangeshkar and Ayushmann Khurrana amongst the people paying tribute to Dr Ambedkar as the country celebrates his birth anniversary. Details inside.

Indians around the country have been paying tribute to Bhimrao Ramji Ambedkar on the occasion of his birth anniversary. A number of celebrities also took to their social media to pay tributes. Lata Mangeshkar, Kamal Haasan, and Ayushmann Khurrana are amongst the people who tweeted their thoughts on the day.

Lata Mangeshkar paid her respects to the father of the Indian Constitution, Dr Babasaheb Ambedkar. In the tweet, she wrote about how she has had the honour of meeting him in person. Have a look at the tweet put up by her here.

Kamal Haasan also tweeted about the constitution that was given to us by Dr Babasaheb Ambedkar. In the tweet, he wrote about the dream of India being equal to all irrespective of all the diversity. Have a look at the tweet that he added. 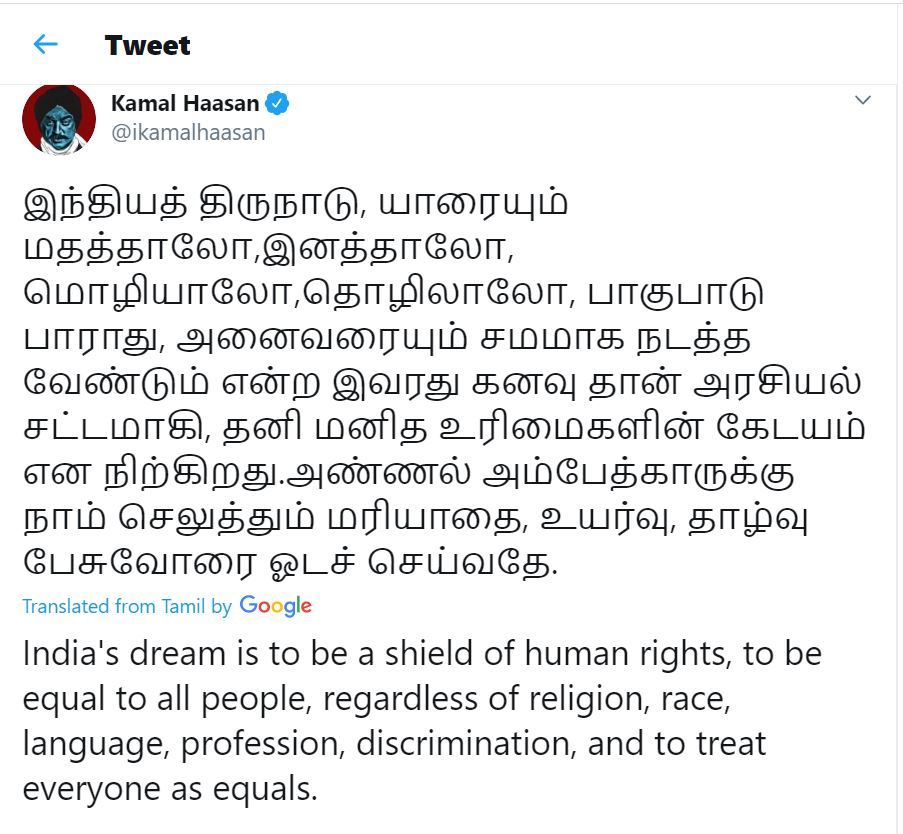 Ayushmann Khurrana also tweeted on the occasion of Ambedkar Jayanti. He saluted the father of the Indian Constitution through his social media handle. Have a look at his tribute here.

Actor Nandita Das also tweeted about paying respects to Dr BR Ambedkar of the occasion of his birth anniversary. In the tweet, she wrote a part of the last speech that Ambedkar gave in the constituent assembly. Have a look at the tweet.

“Bhakti in religion may be a road to the salvation of the soul. But in politics, Bhakti or hero-worship is a sure road to degradation and to eventual dictatorship.”

Shruti Marathe, a Marathi actor, also tweeted about saluting Dr BR Ambedkar. She wrote in the tweet that he was one of the finest human beings born in India. Have a look at the tweet here.

Salute to a Visionary, the most erudite, Scholarly writer, an excellent Orator and above all the finest human being to be born in India .
Dr. Babasaheb Ambedkar ðŸ™ðŸ»ðŸ™ðŸ»#AmbedkarJayanti #BabaSahebAmbedkar pic.twitter.com/I0GuiQef9K

Read Ambedkar Jayanti 2020: What Is The Significance Of This Special Day?