'Let's Save Lives': Sonu Sood Shares Glimpse Of Second Oxygen Plant To Be Set In Mangalore

After fulfilling his promise of setting up the 1st oxygen plant in Nellore, actor, Sonu Sood shared a glimpse of the 2nd oxygen plant to be sent to Mangalore. 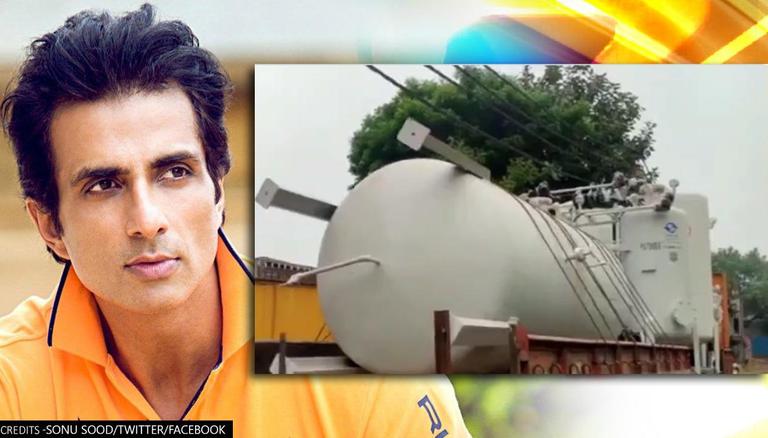 The video showed the oxygen plant being ready for transport so that it can reach Mangalore and be installed on time. The actor who has pledged to save millions amid the pandemic, wrote, “Our next Oxygen Plant leaves for Mangalore, will be installed this week at Community Health Centre, Ullal. Karnataka. Let's save lives together. Jai Hind.”.

Our next Oxygen Plant leaves for Mangalore, will be installed this week at Community Health Centre, Ullal. Karnataka. Let's save lives together.
Jai Hind 🇮🇳 pic.twitter.com/JR5bPsNfbG

Earlier, the actor had shared a video on Twitter showcasing how the truck carrying the first oxygen plant was greeted with loud cheers, patriotic slogans, and hearty celebrations by the people of Nellore. "I am happy that the first oxygen plant has been installed at a government hospital in Nellore. A huge thanks to the local people and the doctors there for helping us out in this. This is just the start of the oxygen plant installation drive. Many more are to come. They will get set up across many states in the country. Stay positive. Jai Hind (sic)", Sonu wrote.  Last month, Sood promised to set up as many as 18 oxygen plants across various states of India. The 47-year-old actor had said that he will soon set up oxygen plants across states like Tamil Nadu, Karnataka, Punjab, Uttarakhand, Telangana, Maharashtra, Rajasthan, Uttar Pradesh, Bihar, Madhya Pradesh, and many other states.

The actor has become a household name for his humanitarian work amid the ongoing pandemic. From arranging hospital beds to supplying people with medicines and oxygen cylinders, he has been running errands to help needy people. Meanwhile, on the professional front, the Happy New Year actor recently announced a new movie titled Kisaan, to be directed by E Niwas and backed by filmmaker Raaj Shaandilyaa. Apart from that, he will also be featured in Chiranjeevi starrer upcoming Telugu movie Acharya. He also collaborated with Farah Khan for a song video title Saath Kya Nibhaogey.