Lisa Haydon recently shared that she will be delivering her daughter very soon. She also mentioned that she might deliver before the due date. 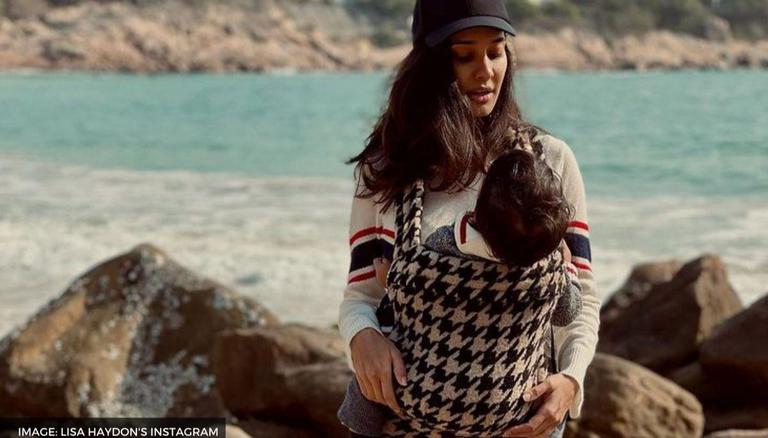 
Model turned actor Lisa Haydon is expecting her third child with her spouse Dino Lalvani. She recently featured on a cover page of a magazine with her two children where she flaunted her baby bump. Further, she discussed parenthood, pregnancy, family planning, and the arrival of her third child, a daughter. She also revealed the due date of her third child.

Lisa Haydon reveals the due date of her third child

Lisa announced in an interview with Harper Bazaar that she is expected to give birth to her daughter on June 22. However, she believes that her daughter will arrive sooner. She and her husband thought their firstborn Zack was an angel when he was born. When their second child, Leo, was born, they called him the force of nature. They are now waiting for the arrival of another angel. Zack, who is now four, is extremely happy about the thought of having a little sister. She believes he was a little jealous when Leo arrived, but he is now looking forward to becoming a big brother.

Talking about her pregnancy, she addressed how she has been feeling over the previous few weeks. Physically, the previous few weeks had come with aches and pains, as well as normal sleepiness and breathlessness. Emotionally, she can always tell when she's about to give birth because she gets a distinct sense. It's almost as if she has disconnected from the worries and problems of ordinary life. Lisa married Dino Lalvani and had two sons, Zack in 2017 and Leo in 2020. In February of this year, she announced her third pregnancy.

Recently, Lisa shared a picture of herself holding Leo in her arms. She wore a white shirt dress with frills while she dressed Leo in a checkered dungaree. She mentioned that this dress has come extremely handy as she could wear it when she wasn't pregnant and she can also wear it now when she is 9 months pregnant.

She also shared a picture of herself wearing a black tent dress. She wrote, "The tent dress .... I’ve been rocking a few versions of this silhouette lately. It’s my most go-to comfy outfit." She mentioned that the top of the dress fits perfectly and then there is a lot of space before which makes it more comfortable during pregnancy.