Lisa Haydon took to Instagram to share a few tips based on her own experience when it comes to clothing during pregnancy. She shared two pictures of her outfits


Lisa Haydon announced that she is once again expecting a child, with her husband Dino Lalvani. She has a three-year-old son Zack who was born in 2017 and a son Leo who was born in 2020. The model turned actor is now expecting her third child, a girl. Her pregnancy is due in ten weeks. She took to Instagram to share a few tips regarding clothing during pregnancy with mothers-to-be.

Lisa Haydon's latest posts are about her experiences in pregnancy, especially about the clothes that she wears. In her two-post long reveal, she added two pictures of herself. In one picture she is wearing a bottle green body con dress and also holding her eldest son Zack in her arms. In the next picture, she is seen in a flowing black tent dress.

She began her post by saying that it took her three pregnancies to figure out what to wear to be comfortable. Lisa said that she had opted for '“if nothing fits don’t wear it" in the past, but since her body has changed a lot in the past four years, she has opted for something that lasts for the long term. Speaking about the bottle green body con dress, Lisa said that it is her go-to dress for outings or functions. The body con dress is stretchable so it works for her in every way because of the regular changes in her body caused by the pregnancy. Lisa also mentioned that her son Zack does not leave her side and that shooting from home becomes a family affair.

The second post features the black tent dress which is Lisa's most go-to comfy outfit. She also added that she has a few versions of the tent dress. It is fitting on the top and has a lot of space below, so it becomes comfortable for her, and she jokingly added that it makes her forget the amount of space she takes up.

Friends of Lisa's from Bollywood commented with heart emojis on her posts. Nargis Fakhri commented, "You are a goddess" whereas Evelyn Sharma commented, "Beauty". Fans too dropped strings of red heart emojis and heart-eye emojis. 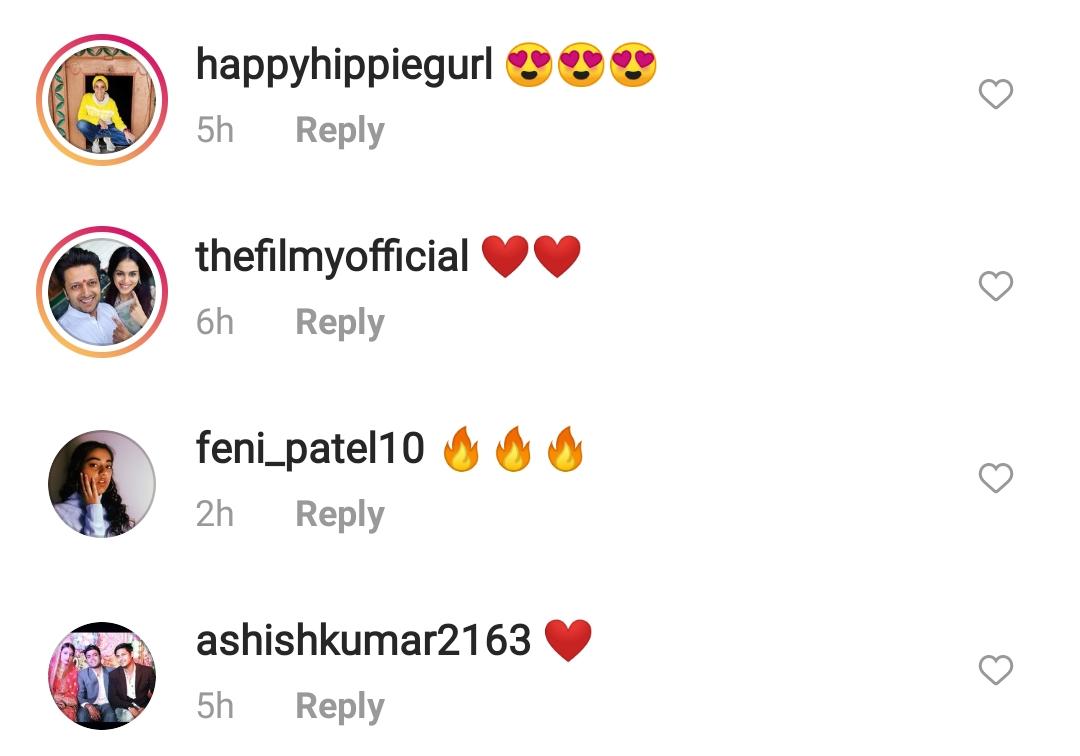 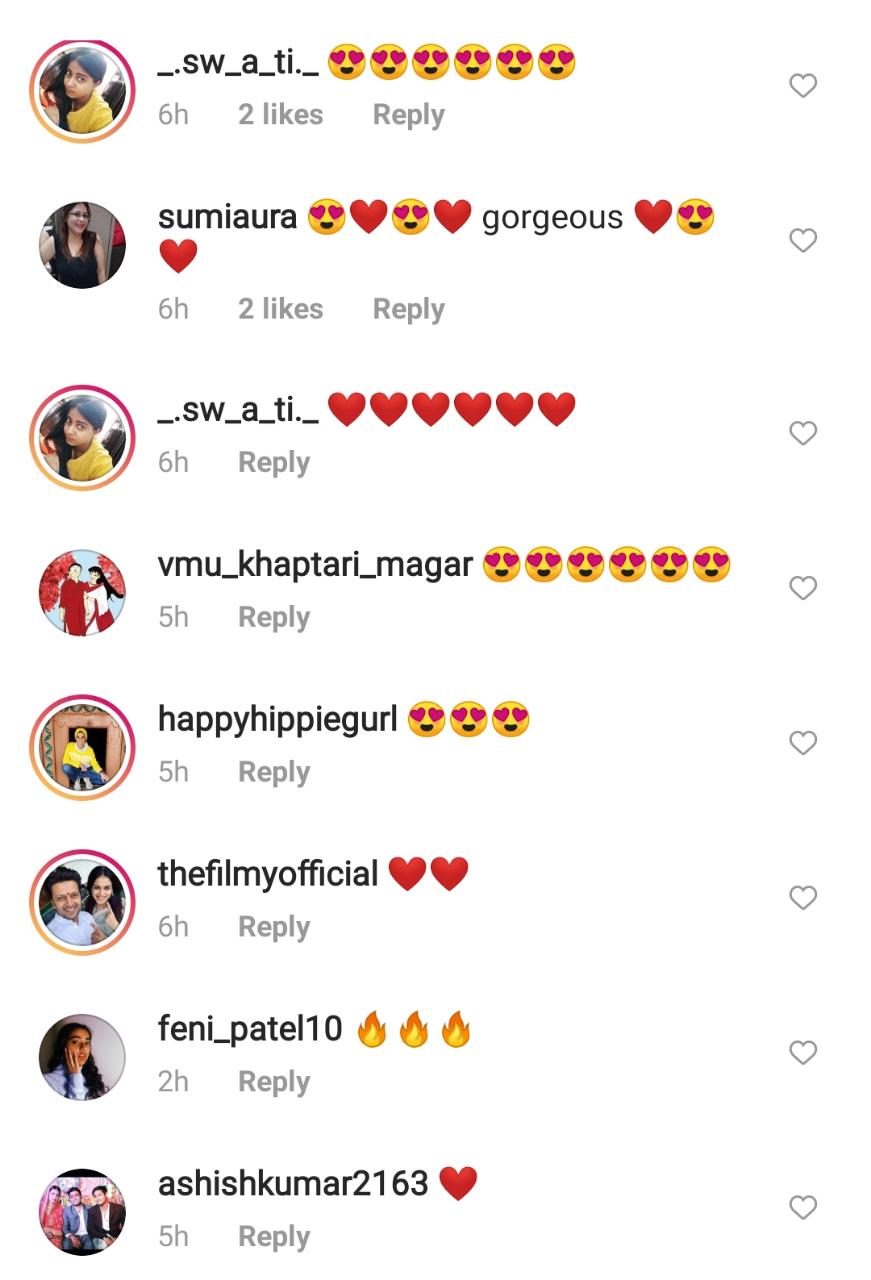 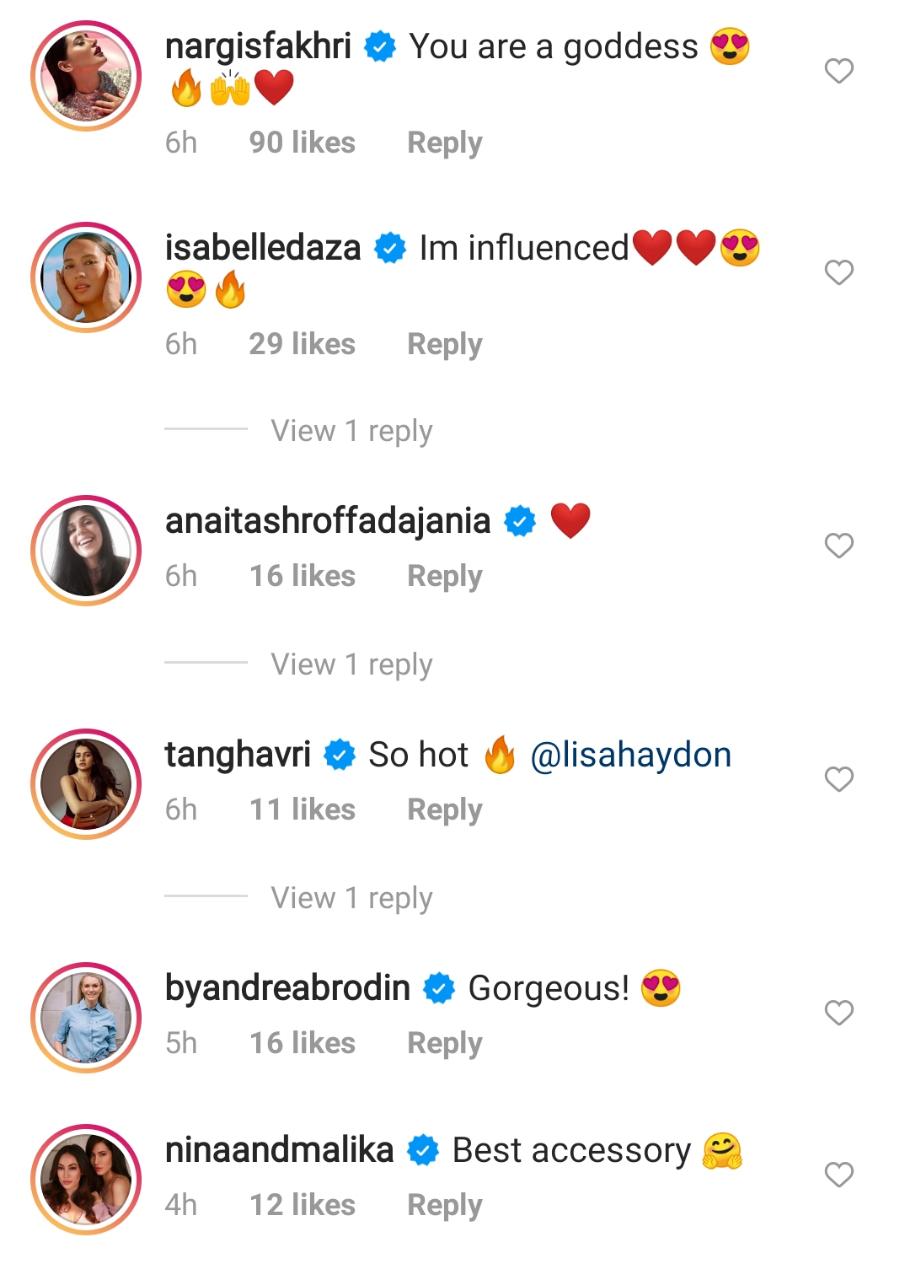