Maheep Kapoor Takes A Dig At Prince Harry & Meghan Markle's Interview, Says 'Get Over It'

Maheep Kapoor was recently a part of Clubhouse session where she was asked about Prince Harry and Meghan Markle's interview, she asked if they're still crying. 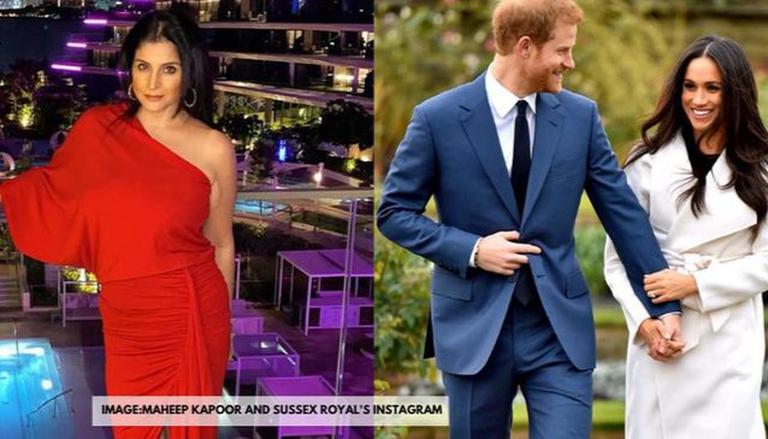 
Maheep Kapoor in a recent interaction on Clubhouse was asked about her views on Meghan Markle’s interview. The event was hosted by Janice Sequiera. During the talk, Fabulous Lives of Bollywood Wives star shared her opinion on it. This is not the first time she has been vocal about the interview, even during the show, she was critical about both Prince Harry and Meghan Markle. Read further to know what she said.

In the Oprah Interview, the Royal couple talked about their decision of leaving Buckingham Palace. On the other hand, Meghan Markle also shared that she felt suicidal during her pregnancy and how she approached the palace for help but was turned down. As per Hindustan Times, talking about the interview, Maheep Kapoor said that she can go on and on and talk about Harry and Meghan. She added that she stands by what she said on the show. She further called the Royal couple complete t**ts. She added that the couple is still crying while there has been a world pandemic and they are still crying over family matters and issues that happen at every other home. Concluding, she said that they need to "Get over it".

During the show, Sanjay Kapoor's wife had a fight with Seema Khan on the same topic. She criticised Meghan and said to dump the throne, dump her country and dump her people. The other stars were worried about Maheep and asked her the reason behind saying the line. In the final episode, Maheep confessed that she was born, studied and lived in London. She added that she is obsessed with the Royal family and takes everything personally. While attacking Seema Khan, she said that Seema is talking utter sh*t as she cried when Princess Diana died and asked if she is her aunt, sarcastically.

The show was released on Netflix in November 2020. It focuses on the lives of Neelam Kothari, Maheep Kapoor, Bhavna Pandey and Seema Khan. The show received a mixed reaction from the audience. The second season of the show is under production.