Maheep Kapoor took to Instagram on June 9, 2021, and shared an adorable throwback photo of Sonam Kapoor to wish her a happy birthday. 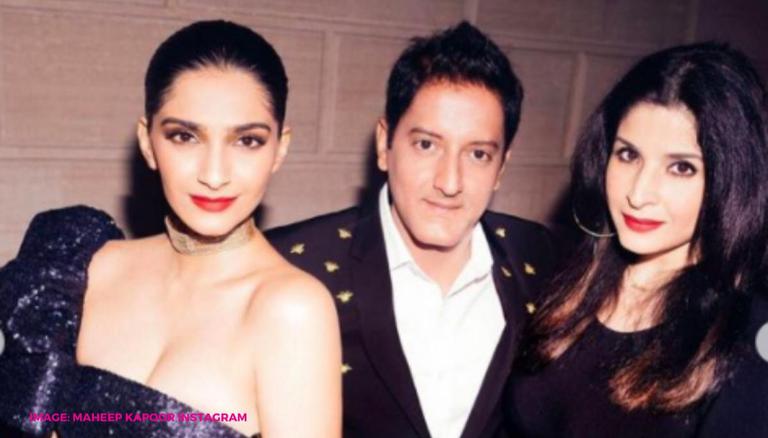 
Sonam Kapoor is celebrating her 36th birthday on Wednesday, and birthday love is pouring on the actor from everyone around her. One of these adorable wishes was by her aunt Maheep Kapoor who wished her with a throwback picture on Instagram. Scroll along and take a look at the picture, along with what Maheep has to say.

Sonam Kapoor turns a year older on Wednesday, June 9, 2021, and everyone from her family is showering her with the choicest of blessing. Maheep Kapoor went more than 21 years back in time and shared an unseen picture of a 14-year-old Sonam, on her Instagram feed along with a short birthday message. The picture was taken at the time of Shanaya’s birth in November 1999 and also features Arjun Kapoor as well as Rhea Kapoor, who were also teenagers at the time.

Maheep wrote in her caption, “Happy birthday sweetest @sonamkapoor” followed by a red heart emoji and the hashtag #LoveYou”. The post has been liked by 2.9k people so far with comments flooding it with love, made by both of their fans and followers. Take a look at some of the comments here.

READ | Maheep Kapoor wishes son Jahaan Kapoor on his birthday; calls him 'love of her life' 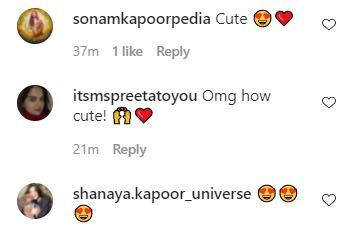 Wishes by other family members on Sonam Kapoor’s birthday

Anand Ahuja revealed that the actor loves wallpapers and shared a picture of them, which is also set as his phone wallpaper. He wrote in his post, “I know how much you love wallpapers - well you’re the only wallpaper I need! Happy Birthday my forever wallpaper”. Take a look at the adorable click, here.

Anil Kapoor made a long heartfelt post as he celebrated the birth of his eldest child, with a bunch of baby pictures of Sonam, from her past birthdays as a kid. He wrote, “To the girl who chases her dreams and follows her heart... @sonamkapoor, watching you grow every day has been a dream come true as a parent”. He further added, “I'm so thankful that you and Anand are safe and healthy, and we can't wait to be with you again... Happy Birthday Sonam Beta! Love you and miss you!”.

READ | Maheep Kapoor shares pic from her modelling days, captions 'many moons ago'

Sunita Kapoor, Rhea Kapoor, and Harshvardhan Kapoor also wished Sonam with notes penned with love and some happy pictures of them together. While Rhea shared some goofy moments with her elder sibling, Harshvardhan wished to visit her in Europe, by next month. Alongside, the Kapoor matriarch shared a couple of images of baby Sonam and some more.

READ | Maheep Kapoor takes a dig at Prince Harry & Meghan Markle's interview, says 'Get over it'