On the occasion of Maheep Kapoor's birthday, Ananya Pandey's mother shared some unseen pictures and showered her wishes for her friend. Take a look at the pics


On Maheep Kapoor's birthday, Ananya Panday's mother Bhavana Pandey shared pictures on her Instagram and wished Maheep on her birthday. Bhavana shared some throwback and unseen photos which also featured their respective husbands, Chunky Pandey and Sanjay Kapoor. Take a look at the pictures here. 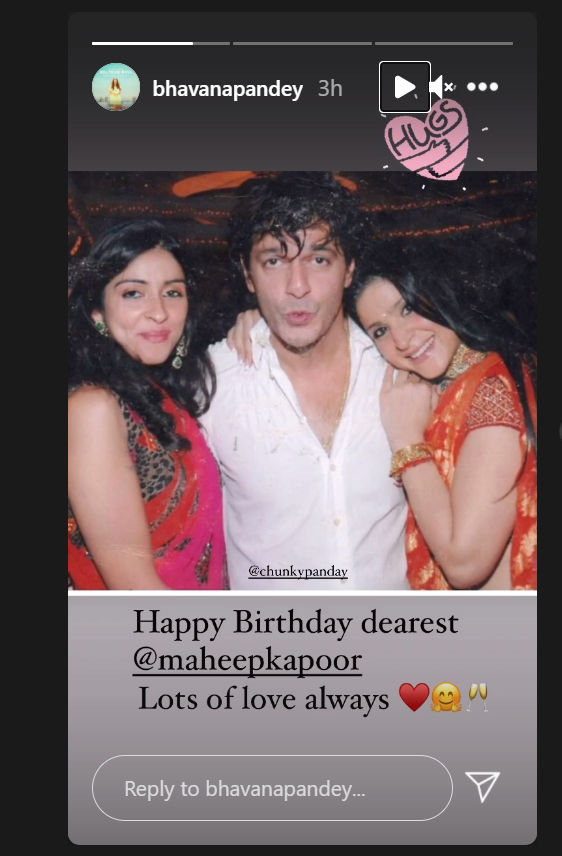 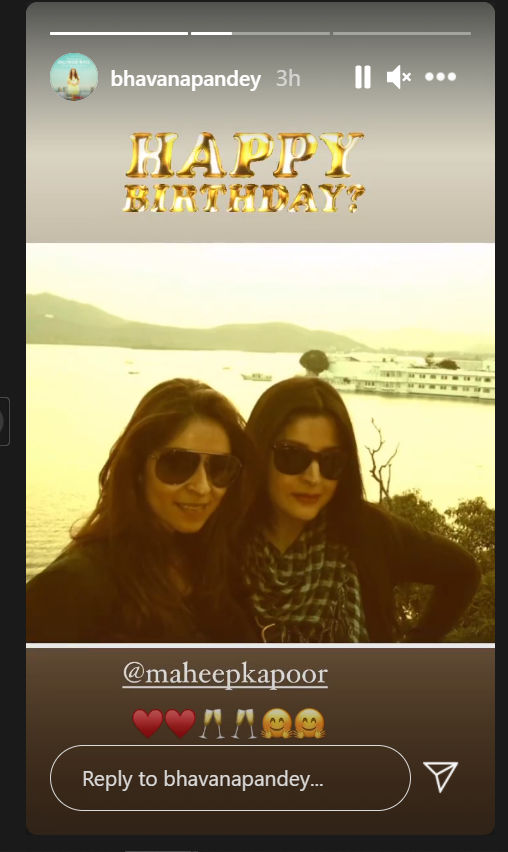 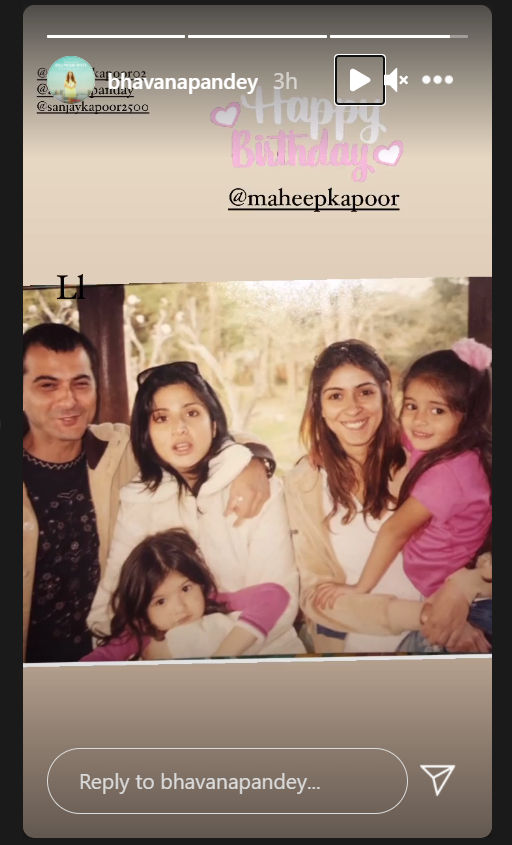 On the occasion of Maheep Kapoor's birthday, Bhavana shared 3 unseen photos of her friend on her Instagram story. The first picture showed Bhavana and Maheep in the frame together with Bhavana's husband Chunky Pandey in the middle, both Bhavana and Maheep were seen wearing Indian attires. The second photo showed Bhavana and Maheep in the frame together wearing black outfits and a matching pair of sunglasses. The third photo was a throwback photo that featured Maheep's husband Sanjay Kapoor and their young daughters Ananya Panday and Shanaya Kapoor. While sharing the photos, Bhavana wrote, "Happy birthday @maheepkapoor lots of love always".

The duo was seen together on screen for the reality television series Fabulous Lives of Bollywood Wives. The series premiered on Netflix and focused on the personal and professional lives, the lifestyles and various other aspects of Neelam Kothari, Maheep Kapoor, Bhavna Pandey and Seema Khan, wives of famous Bollywood actors Samir Soni, Sanjay Kapoor, Chunky Pandey and Sohail Khan, respectively. The show featured many other Bollywood celebs making a cameo appearance. Some of the actors that made a cameo appearance were Malaika Arora, Janhvi Kapoor, Arjun Kapoor, Jacqueline Fernandez, Sidharth Malhotra and many more.

Maheep Kapoor's Instagram featured unseen and throwback pictures of her and her husband Sanjay Kapoor. Maheep shared the pictures to commemorate her 22nd wedding anniversary with Sanjay Kapoor. The photos featured the couple from their younger days. Maheep wrote "Happy anniversary husband" as she shared the photos on her feed. The couple has two children together - son Jahaan Kapoor and daughter Shanaya Kapoor, who is soon going to make her Bollywood debut.

READ | Maheep Kapoor gets ready for another quarantine birthday, says 'back to square one'

Maheep Kapoor recently shared a throwback video of herself from the Miss India event. Maheep was a participant in the beauty pageant back in 1993 and was one of the finalists of the events.