On Friday, Mahima Chaudhry took to her Instagram handle and treated her fans with a video from the sets of her forthcoming film 'The Signature'. 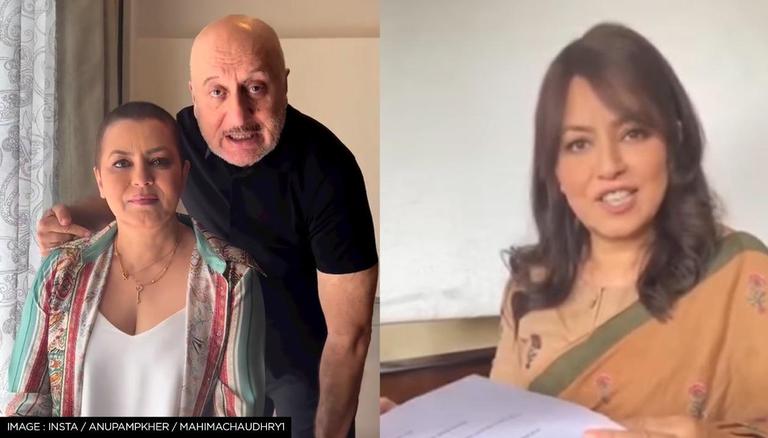 
Bollywood actor Mahima Chaudhry has finally defeated her cancer and is now back on track. Earlier, the actor narrated the heroic journey of her struggle with breast cancer through a thought-provoking video message shared by Anupam Kher on his official Instagram handle.

The Dil Hai Tumhaara actor has recovered now and she has even resumed work. Mahima took to her Instagram handle and unveiled her first look from the Anupam Kher starrer film The Signature. She also gave fans a sneak peek into the film's shoot in Lucknow.

On Friday, Mahima Chaudhry took to her Instagram handle and treated her fans with a video from the sets of her forthcoming film The Signature. In the video, Mahima can be seen reading the script of the film while sitting on the chair dressed in a brown coloured simple saree look.

READ | Who is Mahima Chaudhry's ex-husband? All you need to know about her troubled marriage

Sharing the video, Mahima wrote in the caption- "Thanku for all your good wishes. The wishes snd blessings have been pouring in since the morning while I’m at shoot on set in lukhnow on the film set of The Signature with the very talented @anupampkher . I want to take time to thank each one of u."

On Thursday, Anupam Kher took to his Instagram handle and dropped a video featuring Mahima Chaudhry where she is seen talking about battling her breast cancer. Sharing the video, The Kashmir Files actor penned a heartwarming note, Kher wrote, "Story of @mahimachaudhry1 ‘s courage and Cancer: I called #MahimaChaudhry a month back from US to play a very important role in my 525th film #TheSignature. Our conversation turned to her discovering that she has #BreastCancer. What followed is in this candid conversation between us. Her attitude will give hope to so many women all over the world. She wanted me to be part of her disclosing about it."

Further calling her a 'hero', Kher continued, "She calls me an eternal optimist but dearest Mahima! “You are my HERO!” Friends! Send her your love, warmth, wishes, prayers and blessings. She is BACK on sets where she belongs. She is ready to fly. All those producers/directors out there! Here is your opportunity to tap on her brilliance! Jai ho to her!! #Cancer #Courage #Hope #Prayers"