Mallika Sherawat Opens Up On Running Away From Home To Become An Actor In Mumbai; Read

Mallika Sherawat has seen her fair share of ups and downs in career as well as personal life. The actor recently opened up about running away from home. Read. 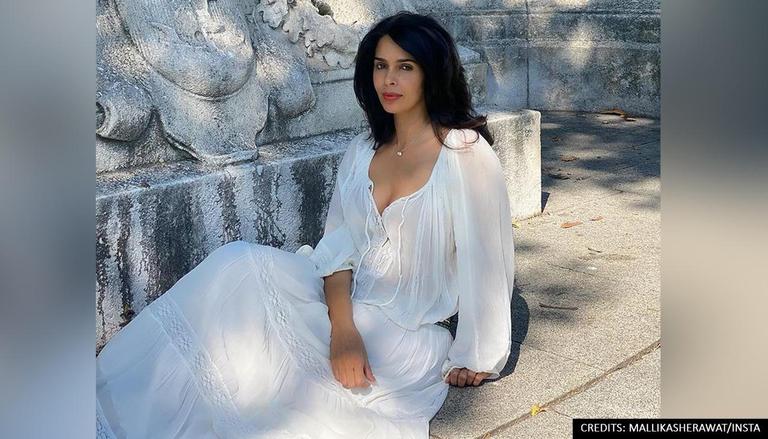 
Actor Mallika Sherawat established herself as a talented actor in Bollywood by forging her resume with daring choices in movies and roles. After appearing in several popular movies, the actor shot to fame after her bold avatar in the 2004 Murder film. Coming from a background with no ties to the film industry, Sherawat's entry into Bollywood did not come without its grave challenges.

Recently, the 44-year-old actor opened up about how she ran away from her home in order to make a name for herself in Bollywood.

Mallika Sherawat on running away, battling patriarchy and more

In an interview with Bollywood Bubble, Sherawat opened up about the oppositions and difficulties she faced while trying to pursue a career in the entertainment industry. Recalling the time when she took the life-changing decision, the actor revealed that she battled patriarchy as her father and brother were extremely conservative. She said even her mother was extremly conservative. She also added that she faced severe opposition while having no support whatsoever.

Sherawat also recalled the time when she revealed that she would have been married had she not taken the decision of running away to Mumbai. She further revealed that she did not struggle with money as she possessed jewellery. However, the solo trip to Mumbai whilst facing the opposition of her family proved to be emotionally distressful for the actor. She also revealed that her mother was left heartbroken as her father disowned her which in turn, caused the actor a great deal of heartbreak. Staying optimistic about her situation, the actor made it big in the cutthroat entertainment as she admitted settling down quickly in a big city like Mumbai.

More on Mallika Sherawat on the work front

Making her Bollywood debut in 2002 in the movie Jeena Sirf Merre Liye in a small role, she found her big break in the movie Murder alongside Emraan Hashmi. She went on to feature in commercially successful movies like Pyaar Ke Side Effects, Aap Ka Suroor, Welcome, Double Dhamaal, and Politics of Love. After a long hiatus from the big screen, the actor is back with her OTT venture titled Nakaab scheduled to be released on September 15. She shared the look of her character from the series writing, 'Meet the Queen of Television - Zohra Mehra'.

READ | 'Summering in the city of love': Mallika Sherawat shares latest pic from her trip to Paris

WE RECOMMEND
Mallika Sherawat poses in the balcony wearing nothing but a towel, see pic
Prithviraj Sukumaran on directing his mother and Mohanlal for upcoming film 'Bro Daddy'
Mallika Sherawat shares a still from 'Rk/RKay', says 'excited about my new film'
'Summering in the city of love': Mallika Sherawat shares latest pic from her trip to Paris
US Ambassador visits Dara Shikoh library in Delhi, donates artefact to Partition Museum