Mallika Sherawat's latest Instagram story is about the actor praying for COVID-19 victims' fast recovery. In the photo, she is seen sitting in front of a small, decorated place of worship in her house. There are a few idols and portraits of gods and goddesses adorned with garlands, and few items used in puja. The actor tagged her location to Los Angeles, California in the photo. She added the hashtag "#RaiseYourVibration" to the story and also added a few stickers of the "Om" symbol as well. Mallika is dressed in a casual grey T-Shirt and black pants. 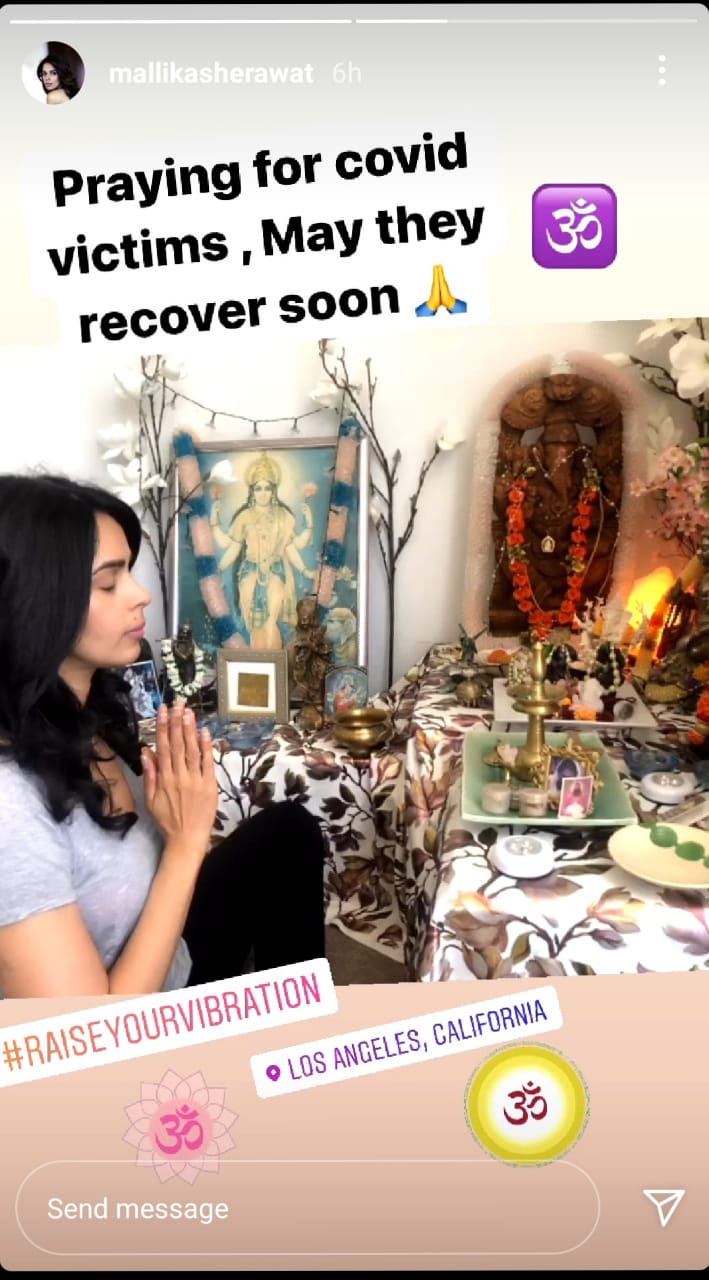 In the past as well, Mallika has voiced her concerns and recovery wishes for the COVID-19 victims. She addressed the issue of lockdown as well. The actor who frequents between India and the USA has taken to her social media account to spread awareness about social distancing and staying safe in these trying times.

A look at Mallika Sherawat's movies

Mallika Sherawat has established a name for herself in Bollywood after appearing in films like Murder and Khwaish. She later went on to make her International debut with Jackie Chan's The Myth. The actor has also appeared in movies like Kismat Love Paisa Dilli, Ugly Aur Pagli, Double Dhamaal, Welcome etc. She was last seen in the 2019 horror-comedy web series Boo Sabki Phategi alongside Tusshar Kapoor, thus making her debut on the OTT platform. Mallika Sherawat will be next seen in Palak Tiwari's debut film Rosie: The Saffron Chapter.