Mallika Sherawat has experienced her fair share of highs and lows in not only her career in Bollywood but in her personal life. Read on to know more about it. 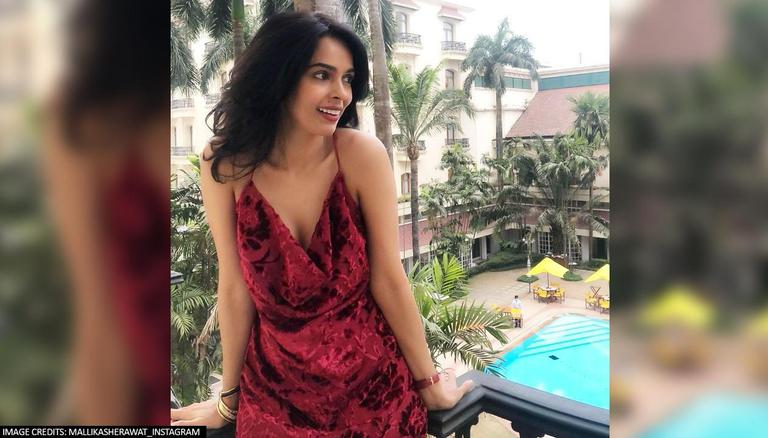 
Establishing herself as one of the daring actors of Bollywood in the early 2000s, Mallika Sherawat created an image for her bold choices movies. While some applauded the actor for her forward and unconventional ventures in the film industry, Sherawat was also a subject of severe scrutiny for her bold attitude on screen, which have become normal these days.

After battling patriarchy to pursue a career in the entertainment industry, the 44-year-old actor also battled the conservative society which eventually compelled her to leave the country to 'take a break'. However, while opening up about her ordeal, the actor remained optimistic about the future of the industry, noting the progressive changes in people's mindsets.

Mallika Sherawat recalls being judged for her bold avatar

During a candid chat with Bollywood Bubble, the Murder actor recalled being the subject of critical scrutiny by the netizens. After running away from her home, the actor forged a career in Mumbai by catapulting to fame after appearing in the 2004 film Murder, where she performed several intimate scenes with Emraan Hashmi. With the fame, the actor received scathing remarks such as 'fallen woman' and 'no morals' from people for wearing swimsuits on screen and performing intimate scenes.

She also revealed that she was targeted and judged by women, whereas men appreciated her. In another big revelation, the 44-year-old actor stated that she was 'bullied and harassed' by a majority of women, which forced her to leave the country to take a break. She also admitted feeling disconcerted about the 'nasty' behaviour towards her by women.

However, the actor took all the negative criticism in her stride and believed that it was all a part of the experience. She also appeared optimistic about the changing mindsets of the people and believed that the audience has grown tolerant as nudity on screen is 'no big deal' in the current times. She also admitted feeling loved and accepted by the audience as she is enjoying her return to acting in her forthcoming web series.

READ | 'Summering in the city of love': Mallika Sherawat shares latest pic from her trip to Paris

On the work front, Mallika Sherawat will be portraying an intense role in the upcoming web thriller Nakaab.

READ | Mallika Sherawat opens up on running away from home to become an actor in Mumbai; read

WE RECOMMEND
Mallika Sherawat opens up on running away from home to become an actor in Mumbai; read
Real Madrid fans welcome team ahead of first game at Bernabeu in over 500 days
Anushka Sharma gets a surprise welcome with Virat Kohli's chocolate sculpture in Dubai
Ananya Panday and Shanaya Kapoor welcome Lord Ganesha with their mothers; see pics
KBC 13: Olympians Neeraj, Sreejesh get warm welcome as Big B chants 'Hindustan Zindabad'