Manoj Kumar On Dilip Kumar's Death: 'His Legacy Will Remain For Years To Come'

Late actor Dilip Kumar who left for heavenly abode on July 7, is being missed dearly by his fans and friends from the industry and one such is Manoj Kumar. 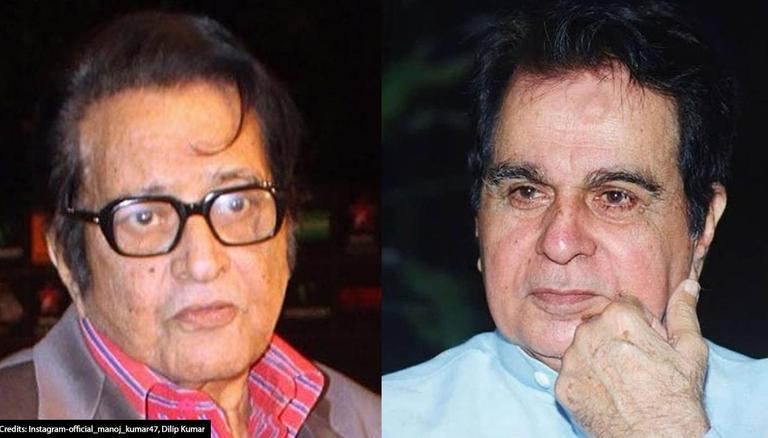 
Late actor Dilip Kumar who left for heavenly abode on July 7, is being missed dearly by his fans and friends from the industry. The actor who created magic on the silver screen with a career spanning over six decades passed away at 98 due to prolonged illness at Hinduja Hospital in Mumbai. Remembering the impact Dilip Kumar had on his generation of cine-goers, veteran actor Manoj Kumar shared his thoughts on how Dilip Kumar inspired him to become an actor.

While offering his tribute to the late actor, Manoj Kumat told PTI that his love with cinema started when he watched Dilip Kumar's Shabnam as an 11-year-old. He was mesmerized by the amazing performance of the legendary, that he decided to adopt the name of Dilip Kumar's character from the 1949 film as his screen name. That's how Harikishan Giri Goswami became Manoj Kumar when he joined the movies in the late '50s. Manoj Kumar, now 83, said it is the end of an era with the passing of his idol and co-star Dilip Kumar.

"Ashok Kumar, Raj Kapoor, Dev Anand, and now Dilip Kumar passed away. It is the end of an era. They all will not come back again. But their legacy will remain for years to come," he told PTI. The actor even looked back at the time when he went to watch Dilip Kumar’s popular film Shabnam, he became a huge fan of cinema. Sharing his thought, the legendary actor said, "I remember the time when I went to watch Dilip Kumar sahib in Shabnam which was released in 1949. It is because of him that I became a fan of cinema. I fell in love with his character in the film whose name was Manoj. I must be 11-year-old then but I instantly decided that if and whenever I become an actor I will keep my name as Manoj Kumar.”

Years later, Manoj Kumar who has starred in several films like Woh Kaun Thi? and Purab Aur Paschim, landed an opportunity to share screen space with Dilip Kumar and direct him in the 1981 film Kranti. "We only had Dilip Kumar in mind for 'Kranti'. When I told him the story of 'Kranti', he said yes in two minutes. I was overjoyed." Adding, Manoj reminisced that “I would keep looking at him, observe how he would be on sets and how he would perform so effortlessly. Working with Dilip Kumar sahib I observed that he was not someone who would be happy with flattery. He only liked good and honest people.”

READ | Dilip Kumar was a legend in his lifetime, will remain so in future: Sonia Gandhi
READ | Saira Banu thanks PM for 'gracious call' to offer condolences after Dilip Kumar's death
READ | Dilip Kumar passes away: Ayushmann and Alia share touching note on late actor