Manushi Chillar To Sharvari Wagh: Bollywood's Next Generation Stars To Hit The Showbiz

As the films have started hitting the theatres after the COVID-19 restrictions were eased down, several newcomers have geared up for their Bollywood debut. 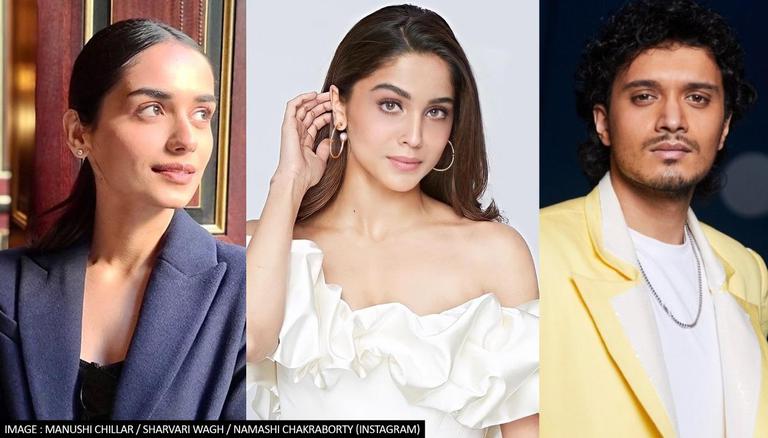 
As the films have started hitting the theatres after the COVID-19 restrictions were eased down, there are several newcomers who are waiting for their films to get released on the big screen. Not only a good number of movies are slated to release, but also a bevy of actors are gearing up to deliver their debut in Bollywood.

From Manushi Chillar to Shanaya Kapoor, there are many promising stars who are waiting for their big debut release in 2021-2022. All those budding stars who were waiting in the wings to make their big-screen debuts last year will finally get a chance to display their acting chops soon. Check out some of the names shortlisted of the budding stars.

Manushi who won the Miss World pageant in 2019, will soon be making her debut in the world of acting. The 23-year-old Chhillar will star opposite Akshay Kumar in Chandraprakash Dwivedi’s magnum opus Prithviraj, essaying the role of Princess Sanyogita, Prithviraj’s love interest.

Actor Suniel Shetty’s son Ahan Shetty is all set to feature in Tadap. The film which is slated to release theatrically on December 3, 2021, is the remake of the Telugu film RX100 (2018). Described as an incredible love story, the Milan Luthria-directorial also stars Tara Sutaria in the lead role.

Sharvari Wagh, who was first seen in Kabir Khan’s web series The Forgotten Army – Aazadi Ke Liye, recently made her debut with Bollywood film Bunty Aur Babli 2. In the film, she was paired alongside Siddhant Chaturvedi where she played the role of con artist Babli. The latest release is the sequel of the 2005 blockbuster of the same name.

READ | From 'Dil Bechara to 'Bang Bang', Bollywood movies that are remakes of Hollywood films

Rashmika, who has predominantly worked in Telugu and Kannada films, is all set to make her Bollywood debut with Mission Majnu. Her first movie is a spy-thriller Mission Majnu opposite Sidharth Malhotra and the second one is Vikas Bahl’s Deadly alongside Amitabh Bachchan.

One of the leading names making a buzz among the audience is Namashi Chakraborty! The new kid on the block would make his big bang debut with Rajkumar Santoshi's Bad Boys soon. Expected to be an out-and-out commercial film, it also marks the filmmaker’s return to direction after seven years.

Actor Sanjay Kapoor's daughter Shanyaya has started shooting for her untitled debut film. Sanjay had earlier shared a post on Instagram to congratulate her and wish her good luck on the special day. "#newbeginnings , so proud of you work hard, #focus, this is only the beginning, the sky is the limit, #firstdayshoot #excitingtimes, love you (sic)", he wrote then.

WE RECOMMEND
A look at Bollywood movies that portrayed the LGBTQ+ community with the right sensibility
From 'Dil Bechara to 'Bang Bang', Bollywood movies that are remakes of Hollywood films
Children's Day 2021: Bollywood films where child actors shed light on pertinent issues
As 'Fabulous Lives of Bollywood Wives' completes 1 year, stars say, 'we're coming back'
Aascar Ravichandran ropes in Jackie Chan alongside Bollywood star for ‘Anniyan’ remake
Listen to the latest songs, only on JioSaavn.com