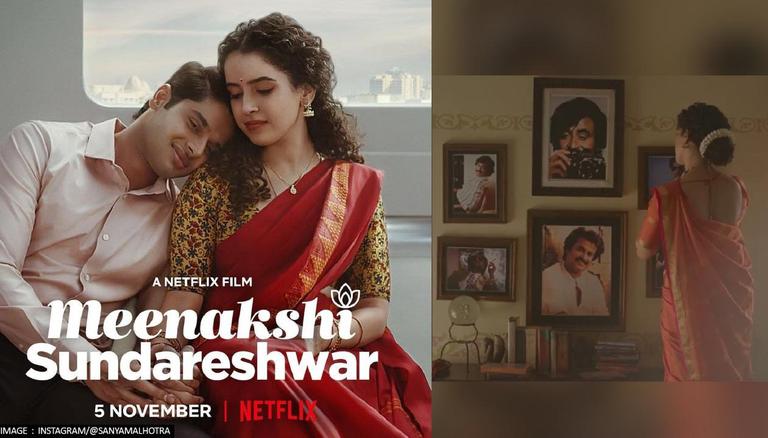 The romantic-comedy film which is set in Madurai, speaks to the trials and tribulations of a young couple, Meenakshi and Sundareshwar. The makers recently treated fans with the trailer of the film. However, after the trailer's release, many South Indians have objected to the way their culture has been stereotyped once again by a Hindi movie. Some have mentioned how Tamilian don't ‘speak like this or have a shrine for actor Rajinikanth at their home.

One of the users raised objections to the trailer and wrote, “I don't know when will Bollywood understand that all Tamil's are not brahmins. All Tamil's are not a veg eater[sic].” Another user found that the makers did not do any research before filming the project. “Less than 10 seconds into the video and I already know they did not do any research. #MeenakshiSundareshwar[sic].” A third user called out the teaser for stereotyping the film and wrote, “Stereotyping at its best (worst)! Another Bollywood film to stereotype South Indians as vegetarian, folk song listening, Rajinikanth loving, pretentious English speaking people. Grow up, guys![sic].” Another user echoed similar sentiments and wrote, “Bollywood people showing south is basically like Hollywood people showing India or Indian films. No one has any clue, except for the generic things they think that represents the culture[sic].”

I dont know when will bollywood understand that all Tamil's are not brahmins. All Tamil's are not veg eaters. Even brahmins wont dress and talk like this now a days. And not all tamil songs are folk songs. And stop ur obsession with our superstar!#MeenakshiSundareshwar https://t.co/oSMamGPhO1

Less than 10 seconds into the video and I already know they did not do any research. #MeenakshiSundareshwar pic.twitter.com/u1foQYVRLP

Helmed by Vivek Soni, Meenakshi Sundareshwar is all set to release on Netflix on November 5. The teaser also shows clips of their marriage and how they try to strike a balance between their work and life together. While sharing the teaser, Sanya wrote, “Meenakshi Sundareshwar Teaser. Welcome to this new chapter of Sundar and Meenakshi’s life and get ready to witness this one-of-a-kind long-distance love story. #MeenakshiSundareshwar is coming to Netflix on November 5[sic].”