Set to share the screen in an upcoming film, Prabhas and Kriti Sanon had the sweetest social media interaction on the former's birthday. Read more. 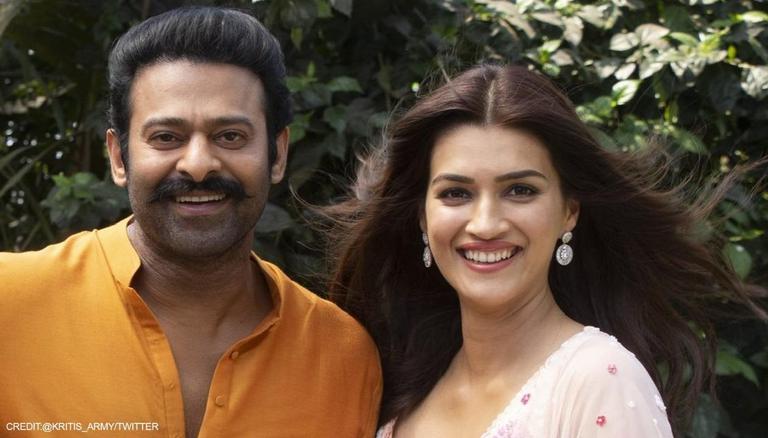 
Mimi star Kriti Sanon recently celebrated her 31st birthday on July 27 with close friends and family. While the actor received a plethora of birthday wishes from fellow actors and fans on social media, a special birthday wish from Sanon's Adipurush co-star Prabhas caught the attention of many.

Baahubali star Prabhas has a penchant for dedicating an Instagram post for his celebrity friends on their birthdays. So, to mark Kriti's 31st birthday, the actor shared a stunning picture of her with a doting caption. He wrote, "Many many happy returns of the day @kritisanon. What you bring to the sets of #Adipurush is so precious!😊." Soon after Prabhas' post for his Adipurush co-star Sanon, their fans couldn't keep calm and anticipated their chemistry in their forthcoming Om Raut directorial.

Taking notice of the post, Kriti was quick to reply to him. She also hinted at their next schedule for the movie and expressed her eagerness to meet him soon. She wrote, "Thankss Prabhas! 💖💖 hoping to see u soon in the next schedule 😊." 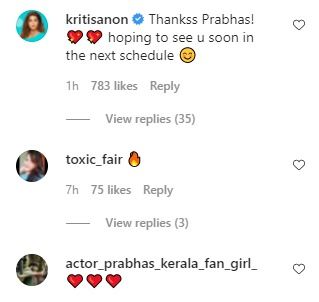 Directed by Om Raut, the movie is an adaptation of the Hindu epic Ramayana. Along with Prabhas playing the titular role, and Kriti Sanon essaying the role of Sita, the movie will also feature Saif Ali Khan, along with Sunny Singh, and Devdatta Nage. Om Raut's passion project will be released in 3D in multiple languages and is considered one of the most expensive Indian films ever made. The movie will be released in Tamil, Kannada, Hindi and Malayalam on August 11, 2022.

The most buzz-worthy movie lately, Laxman Utekar's Mimi had an early release on July 26 on Netflix. Featuring Kriti Sanon in the titular role, the movie also consists of talented actors like Pankaj Tripathi and Sai Tamhankar in significant roles. The film follows the story of an aspiring dancer named Mimi becoming a surrogate mother for money. The film has been receiving rave reviews from the audience so far.