Mira Kapoor recently took to her Instagram handle and shared a video clip of her husband Shahid Kapoor and referred to him as her 'dessert' for the night. 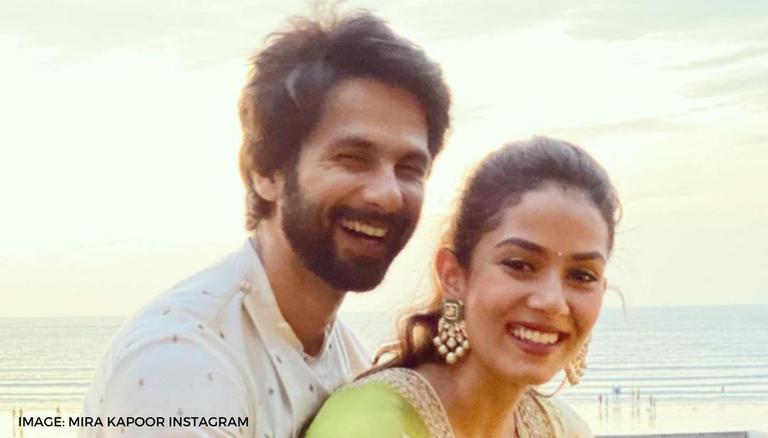 
Mira Kapoor and Shahid Kapoor’s chemistry is quite evident on social media. Mira recently dropped in yet another proof of the love they share. She shared a video clip of her husband and referred to him as her ‘dessert’. She also added a background song to the clip that was her ‘current favourite song’.

Mira Kapoor’s dessert for the night 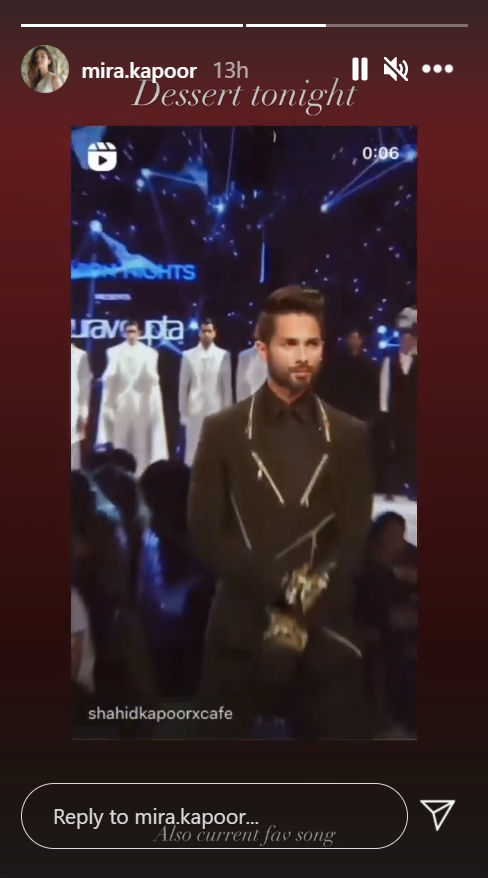 Mira Kapoor recently took to her Instagram handle and posted a video clip that included some sizzling glimpses of Shahid Kapoor. She added it to her Instagram stories and wrote that he was her ‘dessert for tonight’. She also added a popular Hindi song, Jalebi Baby, in the background and stated that it was her current favourite song.

READ | Mira Kapoor gushes over 'FRIENDS Reunion'; says "could this be any cuter"

Mira Kapoor also added a video clip a couple of days ago that consisted of a tutorial clip on how to style your hair at home. She captured a video of herself where she depicted a step-by-step process of how to straighten the hair and not leaving any part of it. She began with tying up her hair leaving the bottom hair open and straightened them first. She then kept on straightening her hair in small parts in order to ease the process and finished styling them with a broad smile on her face. In the caption, she stated that people have turned off their video when they were looking like a mess and never bothered to jump out of pyjamas in the lockdown period. Mira then encouraged her fans that since work from home had become a solid reality, one could up the waist-up style game by keeping it real, fast and simple. She also mentioned that the process did not include twists & ties or braids & baking and then stated that she shared a series of simple hacks to style the hair when one had hardly 5 minutes to go. She also motivated her fans by stating that when they looked good, they’d feel good and added how a good hair day could turn everything around. In the end, she added hashtags such as ‘hair game’, ‘loose waves’, ‘self-love’, ‘natural hair’, ‘blow dry’ and others.