After a long wait, makers of the film Mosagallu recently treated fans with the teaser that showed actor Suniel Shetty’s first look as ACP Kumar.

Makers of the film Mosagallu recently released the teaser of the much-awaited flick that showed actor Suniel Shetty’s first look as Assistant Commissioner of Police. The teaser which is based on the world’s biggest IT scam features Vishnu Manchu and Kajal Aggarwal as the brother and sister who are responsible for the scam. The teaser also shows a glimpse of Suniel Shetty’s life as a cop.

The teaser starts with Suniel's impactful entry and the fierceness of his character in the film. The teaser has a couple of the dialogues of Suniel Shetty: ''Every criminal in my domain will be neutralized ruthlessly. No matter who he is I will hunt him down.'' The film, makers say, is based on true events of a large-scale technical support scam. The tagline on the poster, 'The story of the world's biggest IT scam', also points at this. Mosagallu has been in the making for a long. It was supposed to release in April in theatres. It will now be released in December or in early 2021.

Read: 'Mosagallu' Teaser Out: Sunil Shetty To Play A Cop While Kajal Aggarwal Is The Mastermind

Sharing the gripping teaser of the upcoming film, Vishnu Manchu wrote, ''Of all the people, I had to mess with the toughest cop in town. Meet ACP Kumar @SunielVShetty #Mosagallu @MsKajalAggarwal.” Helmed by Jeffrey Gee Chin, the film has music by Sam CS of Kollywood. Vishnu Manchu has bankrolled it under AVA Entertainment and 24 Frames Factory.

Several fans of the actors and the film were quick enough to hail the teaser and shower their praises on it. One of the users wrote, “ Outstanding performance.” Another user wrote, “Suniel sir rocks.” A third user chimed in and commented, “Release date, sir!! We are waiting to watch this film/” Another also appreciated the teaser and wrote, “Now this is what we call the Mass king.” The shooting of Mosagallu has been wrapped up recently and is set to release soon. It was made primarily in Telugu and English. However, owing to the actor’s popularity, the film will also be dubbed in all Tamil, Malayalam, Kannada, and Hindi. 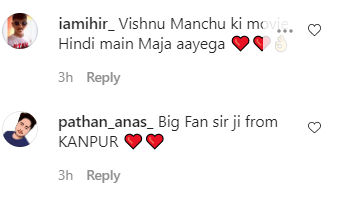