Natasa Stankovic Shares A Cute Video Of Hardik And Agastya, Calls Them 'My Everything'

Actor Natasa Stankovic shared an adorable video of Hardik Pandya with their son Agastya on Instagram. She captioned the video 'My everything', take a look.

Natasa shares a video of the father-son duo

Natasa tagged Hardik Pandya in the video and wrote "My Everything" in the caption. In the adorable video, Agastya was seen in a playful mood and cuddled with his father. Several celebrities from the entertainment industry left comments under Natasa's adorable video. Natasa's sister-in-law Pankhuri Sharma left two hearts in the comments. Singer Aastha Gill wrote, "Beautiful", while Pakistani singer Saleem Javed also left two hearts for the father-son duo.

Hardik Pandya also posted his comment that read, "My Everything". Hardik Pandya and Natasa's fans on social media also reacted to the video. An Instagram user wrote, "Oh this is so cute  Agastya", while several others left emojis under the video. 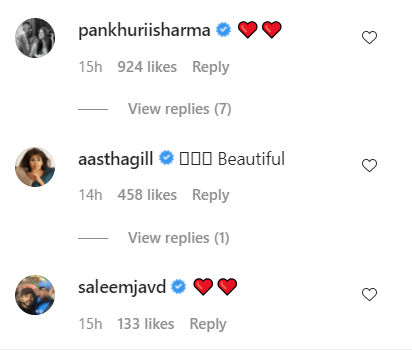 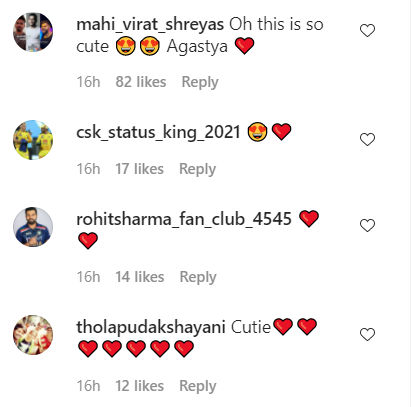 Earlier, Natasa Stankovic shared a cute video of her family taking up the Don't Rush Challenge on Instagram. Natasa grooved to the tunes of Don’t Rush in a white full-sleeve crop top and blue jeans. While Hardik Pandya tried to catch up with her along with Agastya, who looked like a doll in his arms. Hardik Pandya was seen in a casual black outfit. Their family reel was trending on social media and went viral within minutes of being uploaded.

Recently, Hardik Pandya was a part of the IPL team Mumbai Indians and Natasa was spotted travelling with them in a bio-bubble. Due to the rising cases of Covid-19, the BCCI has decided to suspend the IPL.