Neena Gupta gave a witty reply to director Sudhir Mishra after he tweeted that he is thinking about making another movie. Read ahead to know more. 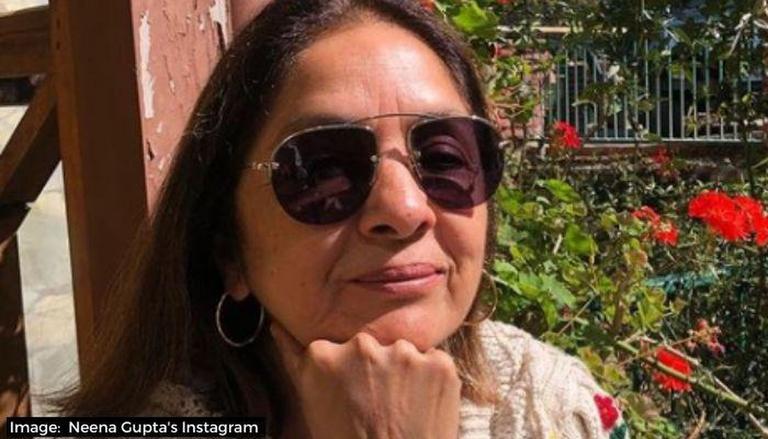 
Bollywood actor Neena Gupta has entertained the audience with her acting career spanning over 35 years. The actor has also been honoured with the National Award for her performance in the 1994 film Woh Chokri. Neena is also quite active on social media and keeps her fans and followers updated with the developments on her professional front. Recently, the Badhaai Ho actor gave a witty reply to director Sudhir Mishra.

Ace filmmaker Sudhir Mishra took to his Twitter on June 10 to tweet that he is thinking of making a movie. Neena Gupta noticed this tweet and replied to it by writing ‘Actress ready hai’. She also added a slew of smiley emojis.

As soon as Neena Gupta’s tweet was shared, her fans rushed in to express their excitement over the unconfirmed collaboration. One of them wrote, ‘And if it's Neena Gupta ji then hum bhi ready hain picture dekhne ke liye! What a treasure of talent’ which translates to ‘if Neena Gupta is ready then we, too, are ready’. While another wrote Audience bhi ready hai’. See their tweets and reactions below.

And if it's Neena Gupta ji then hum bhi ready hain picture dekhne ke liye! What a treasure of talent.

The 62-year-old actor has starred in several commercially successful movies like Khalnayak, Bhagavad Gita, Veere Di Wedding, Mulk and Shubh Mangal Zyada Saavdhan. She was last seen in the recently released Netflix’s movie Sardar Ka Grandson. The cast of the movie also included  Arjun Kapoor, John Abraham, Aditi Rao Hydari and Rakul Preet Singh. The plot of this movie revolves around a 90-year-old grandmother called Sardar whose last wish is to visit her home in Lahore. But since she is blacklisted from entering Pakistan, she cannot get the visa. Her grandson, Amreek, learns that through structural relocation a house can be relocated from one place to another.

Neena will next be seen in the thriller movie Dial 100. The movie is helmed by Rensil D'Silva who has previously directed Kurbaan and the webs series 24. The movie also stars Manoj Bajpayee and Sakshi Tanwar in lead roles. It is produced under the Sony Pictures Films India banner. Neena Gupta took to her Instagram to announce the movie as well.

READ | On Neena Gupta's birthday, Ekta Kapoor wishes the actor by calling her a 'path breaker'
READ | Parineeti Chopra's banter with Neena Gupta will give you hint of 'actresses' secrets'