‘Neerja’ star Sonam Kapoor paid homage to Neerja Bhanot on her death anniversary on Sunday. She reposted a story of an old post of Bhanot. 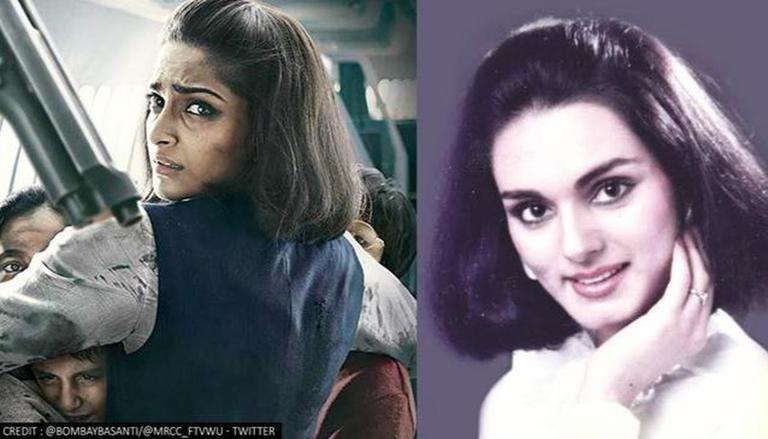 
Sonam Kapoor paid homage to Neerja Bhanot on her death anniversary on Sunday. She reposted a story of an old post of Bhanot, who she played in the 2016 biopic, Neerja. The actor called Neerja Bhanot’s life a ‘gift to us all’.

Sonam Kapoor took to her Instagram account on Sunday to pay homage to the late flight attendant who sacrificed her life to save the passengers aboard her flight that had been hijacked way back in 1986. Kapoor starred in the film that revolved around the event and was shot from the perspective of the courageous and selfless flight attendant, Neerja Bhanot. The actor posted a picture of Neerja Bhanot two years ago and accompanied it with powerful words. It read, “Courage never looked prettier.” She also shared the hashtag #RememberingNeerjaBhanot. On Sunday, the actor shared the same post on her Instagram story on the late flight attendant's death anniversary.

Neerja received two National Film Awards and six Filmfare Awards for its representation of the true event that took place in 1986. Kapoor also received a special mention for her stellar performance in the film. The film also starred Shabana Azmi, Jim Sarbh, Shekhar Ravjiani and Yogendra Tiku in pivotal roles and was directed by Ram Madhvani.

On the career front, Sonam Kapoor has a few films in the pipeline. She will next be seen in Blind. The actor recently celebrated 11 years of film, Aisha. She celebrated the milestone by sharing some never seen before behind the scene pictures. The Veere Di Wedding also shared some stills from the film along with her co-stars. She also uploaded the cover of the song Gal Mitthi Mitthi Bol. The film became extremely popular for its soundtracks, which were given by the well-renowned Amit Trivedi. The 11-year-old film also starred Abhay Deol, Ira Dubey, Lisa Haydon and Amrita Puri.

To celebrate the occasion, the actor conducted an interactive session on Clubhouse. Sonam invited Rhea Kapoor, Santu Mishra and Aishwarya Subramanyam for the session and enjoyed a chat with them. The screenplay of the film was adapted from the 1995 film Clueless.