Taking to Instagram, Neha Dhupia recently gave a tribute to her daughter's teachers on the occasion of Teacher's Day and thanked them all. Read further. 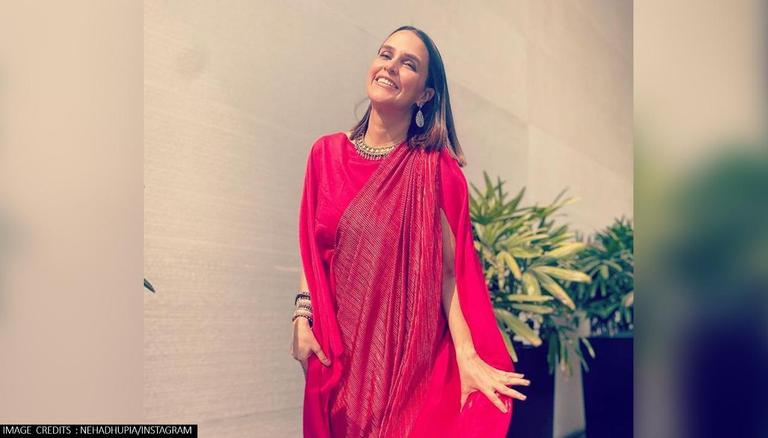 
Neha Dhupia recently shared a throwback picture of her daughter, Mehr, where the latter was not even a year old and attended her first day at her playschool. The actor also added how a long time had been passed since then. She even shared a note of thanks to all the teachers from whom her daughter learned a lot every day.

Neha Dhupia recently took to her official Instagram handle and shared a series of pictures of herself with her daughter, Mehr, in which she can be seen depicting various days when she brought her daughter to her playschool. In the first few pictures, she added glimpses of her first day at the playschool while in the rest of them, she gave a sneak peek at her return to her school after the pandemic.

In the caption, she stated, “Throwback to a time when our little girl was not even a year old and attended her first day of learning and Playschool @toddenindia… upto now when she is 2 years and 10 months and slowly inching back to her play dates at school. The world has gone thru so much and our children have been deprived time in person with other children and their teachers … but as we live in hope that things will be back to normal soon for our little ones the one force that has been unstoppable have been their teachers. Thank you for working so positively, patiently and tirelessly thru it all. #happyteachersday to the ones who teach my little girl everyday not just at school but outside if it and #happyteachers to the ones I learn from each and every day.” (sic)

Many fans took to Neha Dhupia’s Instagram post and dropped in hearts and heart-eyed emojis in the comment section to express their delight in watching her pictures. Many of them also stated how ‘cute’ they both looked together while some others congratulated her and her daughter on finally returning to the playschool. As the actor hasn’t revealed the face of her little daughter on social media, many fans also urged her to reveal Mehr’s face as they were eager to see her. Take a look at some of the fans’ reactions to Neha Dhupia’s latest Instagram post. 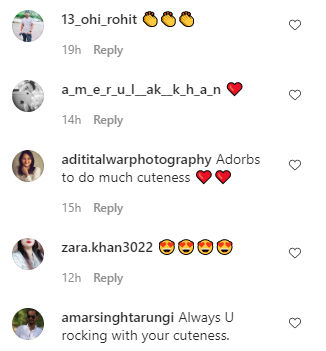 WE RECOMMEND
Neha Dhupia gets the 'sweetest surprise baby shower'; exclaims 'baby mama loved it'
Neha Dhupia speaks about dubbing experience during pregnancy; 'It's a different ball game'
Pregnant Neha Dhupia wraps up 'A Thursday' shoot, thanks her 'super team' for support
Vidyut Jammwal engaged to fashion designer Nandita Mahtani? See Neha Dhupia's recent post
Neha Dhupia opens up about working during third trimester, says 'if I can, others can too'