Neha Sharma took to her Instagram account to announce the premiere date of her next film, ‘Aafat-e-Ishq’. The film will also star Namit Das in a pivotal role. 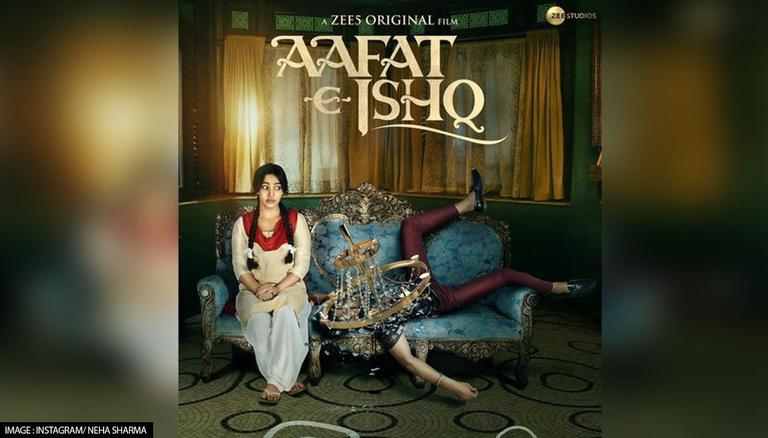 
Known for her roles in Kyaa Super Kool Hain Hum, Jayantabhai Ki Luv Story and more, Neha Sharma took to her Instagram account on Friday to share some exciting news about her next film with her fans and followers. The actor shared the poster of her upcoming film, Aafat-e-Ishq and also revealed its release date. She had earlier shared a glimpse of her character from the film, which will release on October 29.

Neha Sharma headed to Instagram to announce to her fans that her next project would stream on the online streaming platform, Zee5 on October 29. She called the film a 'labour of love' as she broke the exciting news. The poster that the actor shared, features her in Indian attire, as her hair is styled in two braids. In the caption of her post she wrote, "It’s finally time to bring this labour of love to you guys. 💕 Love mein hai risk, aa rahi hai #AafatEIshq. Premiering 29th October on #ZEE5."

The upcoming film is touted to be a dark humour romance, which will be the Indian remake of Liza, the Fox-Fairy, a Hungarian film. The film will be helmed by Indrajit Nattoji and will see Deepak Dobriyal, Namit Das, Amit Sial, and Ila Arun in pivotal roles alongside Neha Sharma. The film will reportedly follow Lallo, played by Sharma, who is on a quest to find true love. Sharma will take on the role of a 30-year-old woman, who has never experienced romance in her life. However, as the film progresses, it is brought to light that there is a force that is keeping her away from love and men. Her only companion happens to be a 'friendly ghost', who is played by Namit Das.

Neha Sharma had previously shared a glimpse of her character with her fans and followers. In the picture she shared, she could be seen dressed as a young school-going girl. She wore a white kurta and navy blue salwar and dupatta. Her hair was tied in two plaits as she sat by a river with a few papers in her hand.