Never Have I Ever's Maitreyi Ramakrishnan is showing no signs of slowing down as the young actor has now unlocked another great feat. Read more 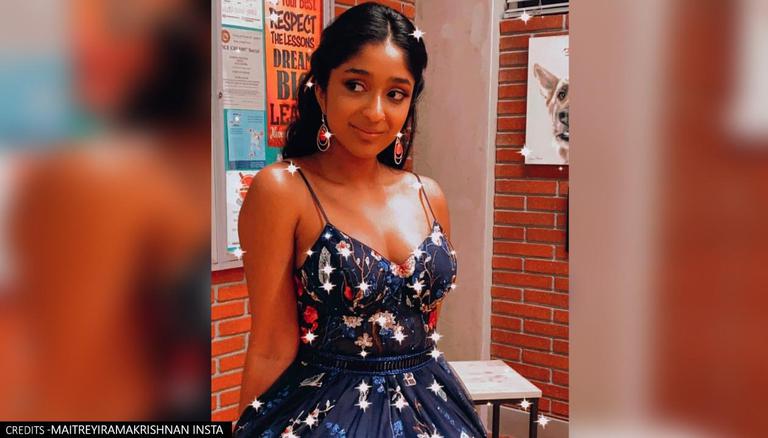 
Netflix's teen rom-com drama Never Have I Ever's sequel created a major buzz due to its unexpected storyline and ending. The lead actor Maitreyi Ramakrishnan's fame catapulted as the drama became a huge success among the young audience. Since then, the young actor is busy hopping from one popular magazine cover to another and has now unlocked to new feat in her career.

One of the most popular teen magazines in the world, Teen Vogue, recently launched its August cover and Never Have I Ever fans cannot keep calm. The 19-year-old actor became the only second South Asian to grace the cover of Teen Vogue. Sharing the proud moment, Ramakrishnan took to her Instagram to post the cover on her feed revealing, 'I set an alarm to wake up and post because yes, I was that excited about this cover for @teenvogue 🤓📚'. The actor sported four funky looks for the shoot and posed expertly with a variety of props.

The official Instagram handle of Teen Vogue magazine dedicated a segment on their page for Ramakrishnan. They shared several BTS videos and pictures from the cover photoshoot. The video flaunted her four trendy looks and also describing a silver dress as 'Baked potato chic.' The young actor previously graced the covers of popular magazines like Seventeen and Entertainment Weekly.

The Editor in Chief of Teen Vogue magazine Versha Sharma shared the young actor's pictures on her Instagram account and praised her in the caption. Revealing that Maitrayi graced her first cover in Teen Vogue, she wrote, 'My first cover for @teenvogue is here and I could not be happier that it's @maitreyiramakrishnan, rising star and hilarious talent, looking extra fashionable, surrounded by books. It's classic brown girl vibes + back to school all in one. The feature by @aaminasdfghjkl & photos by @heathersten are so so fantastic'.

She also wrote an open letter to Ramakrishnan and thanked the producer of Never Have I Ever Mindy Kaling. Sharma added, 'My letter (partially to you, partially to my younger self) about why it means so much to me to choose a cover star like Maitreyi - a brown girl allowing so many of us to see ourselves portrayed in a way that is exactly how we grew up. (finally!) and that’s all possible thanks to @mindykaling, too! ❤️❤️❤️'.

READ | Never Have I Ever Season 2 Early Review: Fans face dilemma because of Devi's love decision

Mindy Kaling's Never Have I Ever was released on Netflix on April 27, 2020. The sequel was released on July 15, 2021. The teen drama featured Maitreyi Ramakrishnan, Richa Moorjani, Jaren Lewison, Darren Barnet, and John McEnroe.

READ | 'Never Have I Ever Season 3': All you need to know about release date, storyline & cast

READ | 'Never Have I Ever': Maitrayi Ramakrishnan tries to guess Indian slangs with her co-stars