he battery of lawyers has been flown down to Mumbai to add to Aryan Khan's legal counsel which includes senior advocates Satish Maneshinde and Amit Desai. 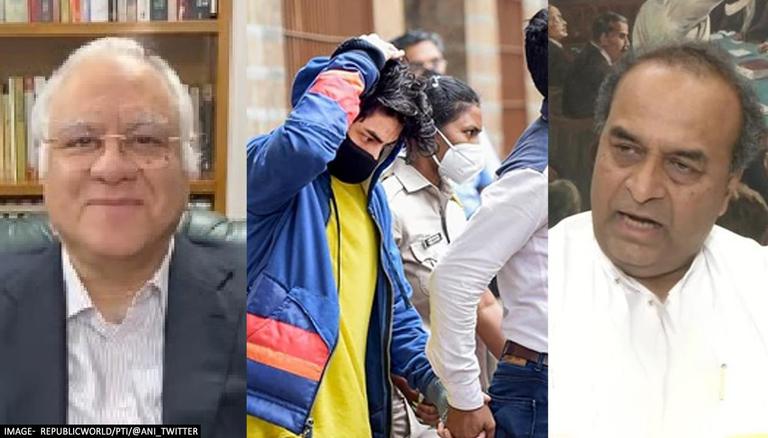 
In the latest development in the Mumbai cruise drugs bust, sources have revealed that a new battery of lawyers has been hired for the bail hearing of Shah Rukh Khan's son Aryan Khan on Tuesday. SRK's son who is currently lodged in the Arthur Road jail will be represented by former Attorney General for India Mukul Rohatgi and Karanjawala & Co. team before the Bombay High Court. The battery of lawyers has been flown down to Mumbai to add to Aryan Khan's legal counsel.

Former Attorney General of India, Mukul Rohatgi arrives at Bombay High Court. He is appearing for Aryan Khan in his bail matter today in connection with drugs on a cruise ship case. pic.twitter.com/jF4rK9C7PE

In an affidavit filed before the Bombay High Court, the Narcotics Control Bureau has opposed the bail petition of Aryan Khan. The agency has submitted that efforts were being made to tamper with the ongoing investigation with a "malafide attempt" to derail the same. Prabhakar Sail who is one of NCB's independent witnesses in the case has claimed to have overheard a conversation involving another witness KP Gosavi in which Rs 25 crore was demanded to let off Aryan Khan. Out of this, Rs 8 crore was allegedly supposed to be given to Sameer Wankhede. Interestingly, team Aryan Khan has distanced itself from the entire row. Aryan Khan's lawyer Anandini Fernandes affirmed that her client has no connection with the affidavit filed by Sail.

On October 3, the NCB busted a high-profile party on a cruise ship en-route from Mumbai to Goa. The party involving celebrities, including actor Shah Rukh Khan's son Aryan Khan, was raided by the NCB during an eight-hour-long operation. Cocaine, hashish, MD, and other drugs were recovered, and eight people, including Aryan Khan, were detained. In follow-up raids, the NCB recovered more drugs from the Cordelia cruise and detained several others including drug peddlers in connection with the case.

The Bombay High Court will hear the bail plea of Shah Rukh Khan's son on October 26, Tuesday. Khan will be represented by top lawyers who have been flown in from Delhi for the hearing. The NCB has maintained that all persons arrested in connection with the Mumbai cruise drug bust case are inextricably linked with each other as far as their acts and offences under the NDPS Act are concerned.