New mom Sonam Kapoor shared a throwback picture alongside husband Anand Ahuja, mentioning that she 'cannot wait' to go on a date again. 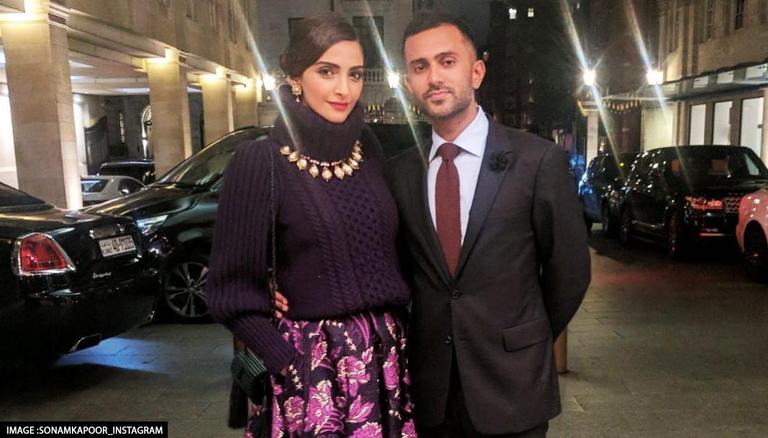 
Star couple Sonam Kapoor and Anand Ahuja welcomed their first child, a baby boy, on August 20. The Neerja star, who's quite active on social media, recently treated fans with a throwback glimpse alongside Anand and added that she can't wait to go on dates again. Heaping praise on her husband, she also stated that life has become better ever since they got engaged. For the unversed, Sonam and Anand Ahuja tied the knot back in 2018 in a lavish ceremony.

Taking to her Instagram handle on Saturday, September 17, the actor shared an adorable picture of the couple and wrote, "Right after we got engaged… life has just gotten better. Can’t wait to dress up and go on a date again." Take a look.

Reacting to the post, Anand mentioned, "This is right after I spoke w your parents, na. So cute!" Sonam's mom Sunita Kapoor and her sister Rhea Kapoor's husband Karan Boolani among others also dropped love-filled emoticons.

Sonam Kapoor and Anand Ahuja announced the arrival of a baby boy on August 20 this year. Taking to social media, they wrote, "On 20.08.2022, we welcomed our beautiful baby boy with bowed heads and open hearts. Thank you to all of the doctors, nurses, friends and family who have supported us on this journey. It's only the beginning, but we know our lives are forever changed. Sonam & Anand."

On the work front, Sonam was last seen in AK vs AK in which she played herself. After a long hiatus, the actor will now be seen in the crime thriller film Blind, which is gearing for an OTT release.