The latest Saina poster which features actress Parineeti Chopra lunging like Saina Nehwal prompts the latter to review the stance. See the full article below.

Indian actress Parineeti Chopra has been on fire recently as two of the actress' films have released in the past few weeks, making the upcoming Saina be her third film to release in the span of a month. Chopra is currently awaiting the release of Saina which is slated to release tomorrow, March 25. Amid the wait, Parineeti has been dropping posters and promotional videos relating to the film on her Instagram handle.

Parineeti Chopra recently dropped a new Saina poster, in which the actress can be seen "lunging" like the renowned badminton player Saina Nehwal. Parineeti’s recent post prompted a response from Saina Nehwal herself. The actress’ upcoming film is a Saina Nehwal biopic based on the life of the badminton player, in which Chopra features as the titular character. Parineeti shared the new Saina poster with the caption, "Tried to lunge like you @nehwalsaina". Take a look at Parineeti Chopra's post below.

Parineeti Chopra’s recent Saina poster prompted a number of responses from fans. World-renowned badminton player Saina Nehwal also left a comment for the actress telling her that the lunge was “perfect”. Many of Parineeti’s fans also commented on the post praising the poster and talking about how perfect it was. Some fans talked about their anticipation for the film, mentioning how they “cant wait” and how excited they are for the upcoming film while other fans simply wowed at the latest poster and paid compliments to the actress with heart, kiss and fire emojis in the comments section. Take a look at some of the reactions below. 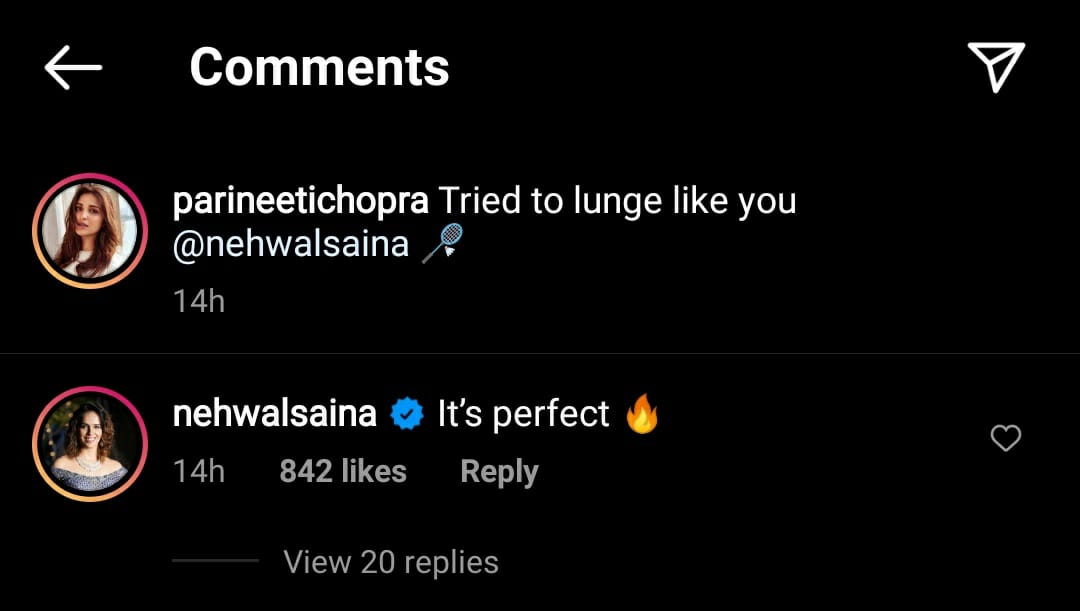 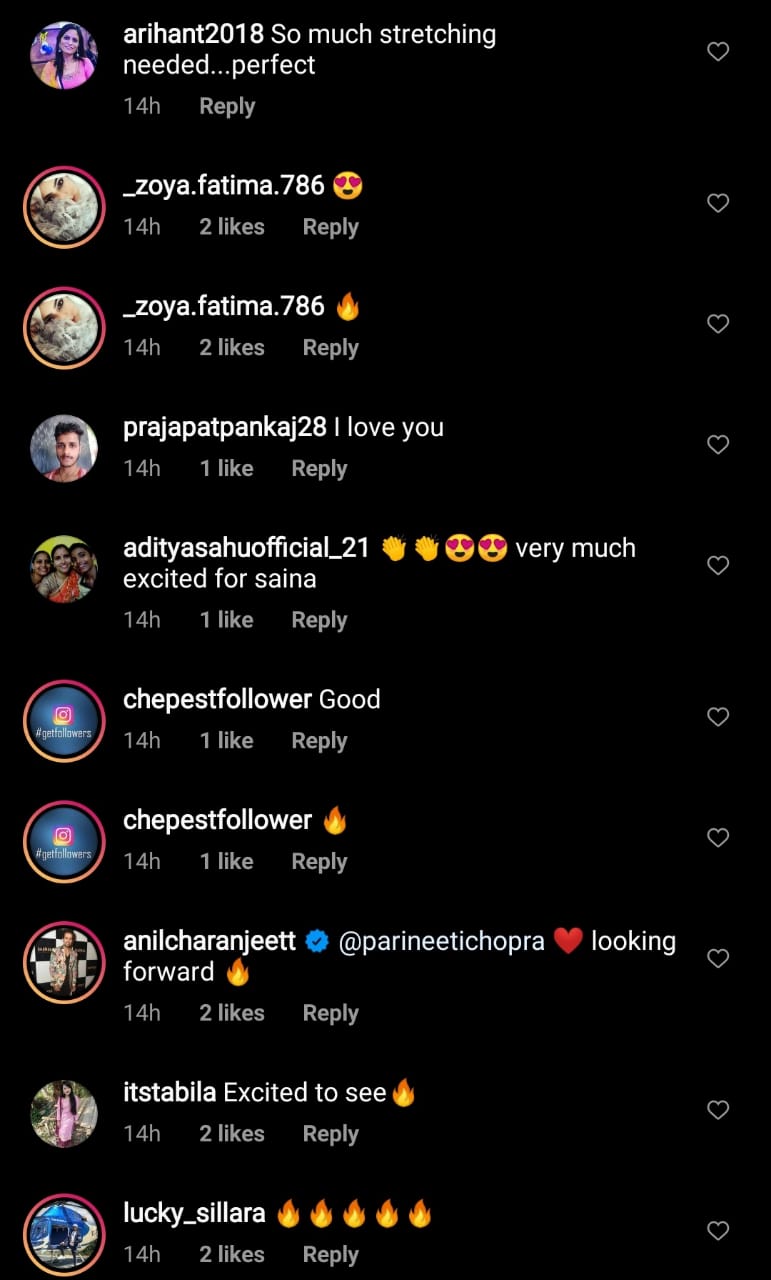 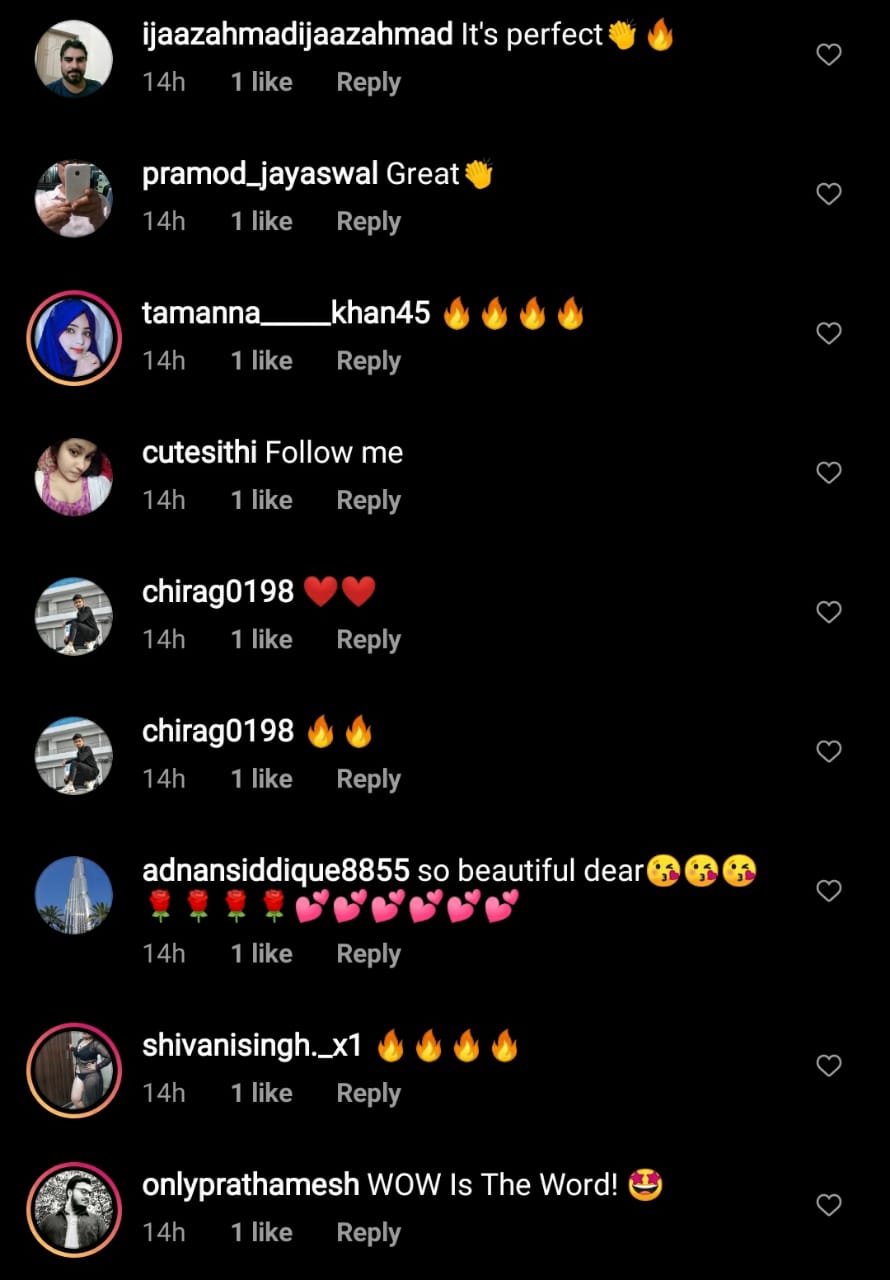 While the upcoming biopic is all set to star Parineeti Chopra in the lead role, the actress wasn't the first choice for the film. Indian actress Shraddha Kapoor had been signed to play Nehwal's role in the upcoming film. The actress had even begun filming in September 2018 after training. However, she had to opt-out of the film due to certain health issues.

In 2019, DNA quoted a source that said the actress kept giving other films priority over the national badminton champion’s biopic, so the makers decided to go ahead with Chopra. However, in a recent report by Bollywood Hungama, it has been revealed that Kapoor fell sick with 'dengue' at the beginning of the shoot and couldn't follow through because of it, after which she signed on for Street Dancer 3D.