After several attempts at hiding her ring, the 'desi' girl has finally made her engagement official on social media. Congratulatory messages are in order for the couple as they look forward to an evening full of celebration. Soon, after Priyanka shared a photo of the two, industry friends poured in love and congratulations for the actor and singer pair.

Taken.. With all my heart and soul..

Nick Jonas was also quick to comment on his fiance's Instagram post and called himself the 'luckiest guy' in the world. He commented, "Wow congrats...He's the luckiest guys in the world".

Here's how other celebrities wished the actress and the American singer ; 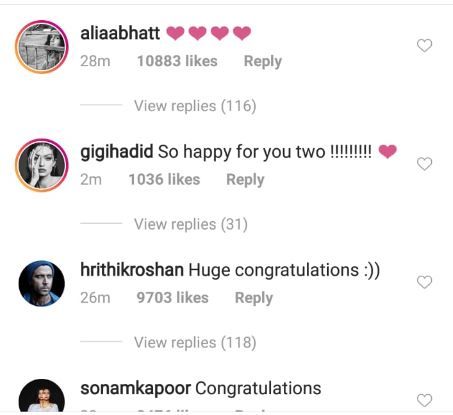 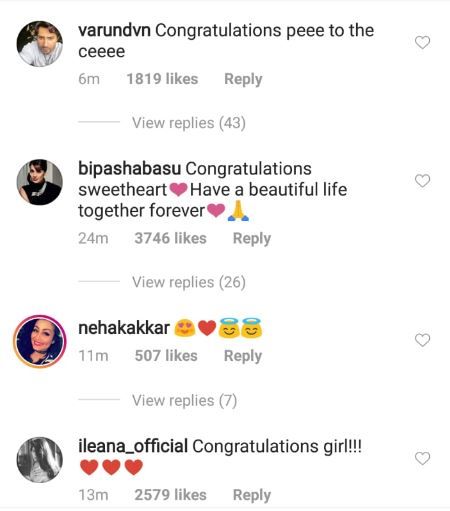 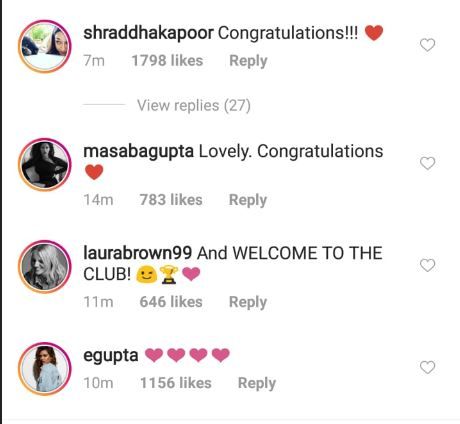 Early on Saturday morning, Priyanka Chopra got engaged to Nick Jonas according to Indian customs. It was a private affair and was in attendance of close relatives and friends. Rumours of Priyanka Chopra's engagement in India has been doing the rounds from quite a few days now. However, it was unofficially confirmed when Nick Jonas arrived with his parents in India on Friday.

#nickjonas with #priyankachopra at their engagement @viralbhayani

The couple is expected to host an engagement party in a five-star hotel in Mumbai, in attendance of several Bollywood celebrities and other friends of the couple. The location is, however, has not been disclosed.

Priyanka Chopra who has now become a global star started dating American singer Nick Jonas around the time of the MET Gala earlier this year. Ever since the two have been spotted together on several occasions. Nick had even come to India a month ago to meet Priyanka's family, sparking wedding rumours. He had also accompanied Priyanka Chopra as his plus one at the Ambani's engagement ceremony.