Nick Jonas, in a recent interaction, revealed that he loves to sing to his newborn daughter, who he and Priyanka Chopra welcomed in the month of January. 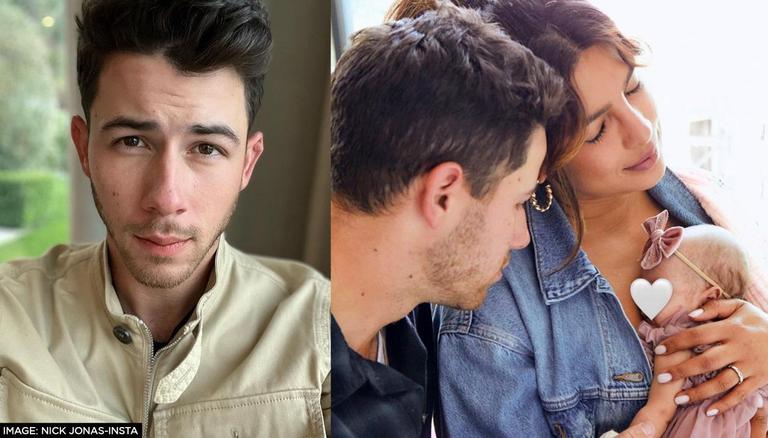 
Nick Jonas is reflecting on being a father after welcoming little munchkin Malti into his life. The Close hitmaker, in a recent interaction with Entertainment Tonight, revealed that he loves to sing for his daughter. While new mom Priyanka Chopra reportedly plays tracks from her iPod for the baby, Nick Jonas, on the other hand, opts for old classics.

During the interaction, Jonas was quoted sayings "I sing to her. You know, I love to sing to her, and yeah, it’s beautiful”. He further added, "I’m singing just a lot of, you know, old classics. My wife kind of plays her more of the stuff that’s on the iPod or whatever, but I sing,” Jonas further added.

It was in January when Priyanka Chopra and Nick Jonas released a joint statement announcing the arrival of their baby girl into the world. The overjoyed couple shared they welcomed her via surrogacy and requested fans for privacy to enjoy the special time and stay more focused on family. On the special occasion of Mother's Day 2022, the Baywatch fame took to social media to share the first glimpse of their little munchkin, thereby leaving fans rejoiced.

After embracing parenthood, Priyanka Chopra and Nick Jonas have kept their private life away from the limelight to maintain the privacy of their child. Going by the same, the new mother masked the face of her little girl with an adorable heart emoticon.

Previously, TMZ confirmed that Chopra's baby girl's name is Malti Marie Chopra Jonas. However, it isn't confirmed by Chopra as of yet. In the sweet caption of her Mother's Day post, the actor referred to her baby girl as 'MM'. She expressed her emotions through a long note, "Our next chapter begins now, and our baby is truly a badass. Let’s get it MM! Mommy and Daddy love you. Happy Mother’s Day to all the mothers and caretakers in my life and out there. You make it look so easy. Thank you. Also. there is no one I’d rather do this with than you. Thank you for making me a mama @nickjonas I love you. Ps- thx @divya_jyoti masi for the picture and @akarikalai Masi for MMs fit!".